It is a well-known fact that the rich and famous of the world love to show off their money with lavish homes and the best of everything. Private jets, luxurious yachts, and fancy cars are only the accessories of the world’s most financially endowed.

The homes of celebrities around the world seem to have no limits to their excellence and vast existence. Celebrity homes feature upgrades we regular folks fantasize about. Here is a short list of some of the most expensive and sumptuous celebrity homes of the 21st century. Look, love, and let your dreams run wild. END_OF_DOCUMENT_TOKEN_TO_BE_REPLACED

The queen of chatter, Oprah Winfrey, has received an apology last week from Swiss tourism officials after her racist encounter.

END_OF_DOCUMENT_TOKEN_TO_BE_REPLACED

Rihanna made a surprise tweet yesterday when she uploaded a photo of her hanging out with the Queen of All Media, Oprah Winfrey.

‘Look who popped up in my Hometown BARBADOS #topnotch,’ Rihanna tweeted to her massive 23.6 million followers.

END_OF_DOCUMENT_TOKEN_TO_BE_REPLACED 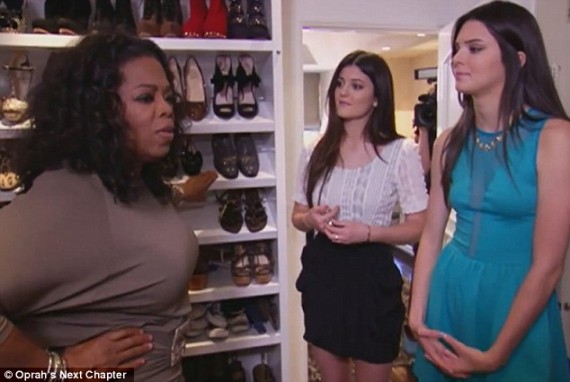 The youngest of the Kardashian-Jenner clan have opened their closets to the media queen Oprah Winfrey for her new primetime show Oprah’s Next Chapter. END_OF_DOCUMENT_TOKEN_TO_BE_REPLACED

Simon Cowell’s celebrity status and entertainment industry influence may have started relatively small in the UK, but he’s definitely spread his wings of late. The TV producer, entrepreneur and showbiz judge was the brainchild behind talent show The X Factor, which has now gone stateside in a massive way. As one of the main judges on the show he’s got the power to make people’s careers. END_OF_DOCUMENT_TOKEN_TO_BE_REPLACED