Everyone knows that it isn’t just the common man that suffers from health issues. Celebrities are not immune to illnesses, and they cannot use their riches to come up with miracle cures. There are celebrities with mental and physical ailments. One thing that most of them do is raise awareness for the illnesses they suffer.

Not all of them do this either, as celebrities tend to still live under the same stigma as the rest of the population does when it comes to certain illnesses. Although, knowing that a celebrity is going through the same things as you could be motivation enough to make you live a better and healthier life, know if they can do it you can do it too. Here are some celebrities that are battling diabetes, a common illness among Americans, and some tips on how you can get healthier and fight it yourself! END_OF_DOCUMENT_TOKEN_TO_BE_REPLACED

Simon Cowell’s celebrity status and entertainment industry influence may have started relatively small in the UK, but he’s definitely spread his wings of late. The TV producer, entrepreneur and showbiz judge was the brainchild behind talent show The X Factor, which has now gone stateside in a massive way. As one of the main judges on the show he’s got the power to make people’s careers. END_OF_DOCUMENT_TOKEN_TO_BE_REPLACED 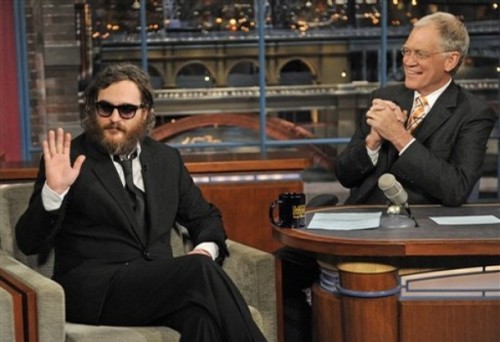 END_OF_DOCUMENT_TOKEN_TO_BE_REPLACED

On September 7th David Letterman will be appearing on the female gab-fest The View. The show will mark the beginning to the shows 14th season.

The appearance will also mark the first time Barbara Walters will host the show since having open-heart surgery in May.

Other guests scheduled to appear during the shows season premiere week include formder Secretary Of State Colin Powell and Danny Devito.

If you’ve been following the NBC late night comedy shuffle crisis, then you probably already heard that Conan isn’t happy. For those who aren’t familiar with the O’Brien-Leno-Fallon hullaballoo, then here’s a news clip that sums it up:

And funnyman Conan has a lot to say about the matter. In fact, he released a lengthy statement for the world to see. Taken from The Hollywood Gossip, here it is:

In the last few days, I’ve been getting a lot of sympathy calls, and I want to start by making it clear that no one should waste a second feeling sorry for me. For 17 years, I’ve been getting paid to do what I love most and, in a world with real problems, I’ve been absurdly lucky. That said, I’ve been suddenly put in a very public predicament and my bosses are demanding an immediate decision.

Six years ago, I signed a contract with NBC to take over The Tonight Show in June of 2009. Like a lot of us, I grew up watching Johnny Carson every night and the chance to one day sit in that chair has meant everything to me. I worked long and hard to get that opportunity, passed up far more lucrative offers, and since 2004 I have spent literally hundreds of hours thinking of ways to extend the franchise long into the future.

It was my mistaken belief that, like my predecessor, I would have the benefit of some time and, just as important, some degree of ratings support from the prime-time schedule. Building a lasting audience at 11:30 is impossible without both.

But sadly, we were never given that chance. After only seven months, with my Tonight Show in its infancy, NBC has decided to react to their terrible difficulties in prime time by making a change in their long-established late night schedule.

The Tonight Show at 12:05 simply isn’t the Tonight Show. Also, if I accept this move I will be knocking the Late Night show, which I inherited from David Letterman and passed on to Jimmy Fallon, out of its long-held time slot. That would hurt the other NBC franchise that I love, and it would be unfair to Jimmy.

So it has come to this: I cannot express in words how much I enjoy hosting this program and what an enormous personal disappointment it is for me to consider losing it. My staff and I have worked unbelievably hard and we are very proud of our contribution to the legacy of The Tonight Show. But I cannot participate in what I honestly believe is its destruction. Some people will make the argument that with DVRs and the Internet a time slot doesn’t matter. But with the Tonight Show, I believe nothing could matter more.

There has been speculation about my going to another network but, to set the record straight, I currently have no other offer and honestly have no idea what happens next. My hope is that NBC and I can resolve this quickly so that my staff, crew, and I can do a show we can be proud of, for a company that values our work.

Have a great day and, for the record, I am truly sorry about my hair; it’s always been that way.