.
You are here: Home / Celebrities / Angelina Jolie / Top 10 Most Influential Celebs in Entertainment

Simon Cowell’s celebrity status and entertainment industry influence may have started relatively small in the UK, but he’s definitely spread his wings of late. The TV producer, entrepreneur and showbiz judge was the brainchild behind talent show The X Factor, which has now gone stateside in a massive way. As one of the main judges on the show he’s got the power to make people’s careers.

Few people in the entertainment industry have had as long and as influential a career as Oprah Winfrey. Her show has been nationally aired since 1986, her support for Barack Obama was significant enough to be considered a contributor to his Presidency and her fortune weighs up in its billions.

Though Kim hasn’t really done a great deal of note or been around for that much time, she has suddenly propelled herself into more celebrity magazine shots than Marilyn Monroe. With 37.5 million results showing up in Google, clearly she’s one of the entertainment industry’s most influential celebs right now.

Like Kim, Rhianna has also thundered to the top of the pile when it comes to paparazzi attention of late. While she’s definitely got the musical success to back this up, it’s probably fair to say that some of the attention comes more as a result of her personal life than her music. 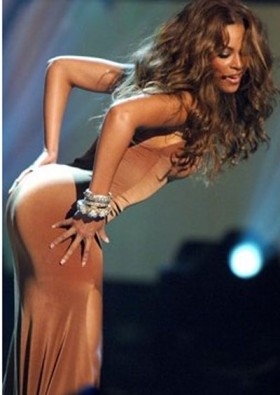 Everywhere and seemingly doing everything, Jay-Z and Beyonce come as a pair these days with a supersized celebrity influence to boot. Everything they produce turns to gold and anywhere they go they are trailed by a band of hardened photographers.

Though their influence seems to be on a downward spiral, as a combo they’re just about keeping a hand in the mix. Their film output has slowed of recent years, but they still attract a lot of celebrity magazine attention. However, you know you’ve got a lot of clout when the media has to come up with a unified name for you as a couple.

In terms of cinema, has any other man been as culturally influential as Johnny Depp. Starring in both hugely successful and massively quirky roles he has helped to redefine the male acting world. His films have grossed more than $7 billion worldwide and he has been listed in the 2012 Guiness Book of Records as the highest paid actor. If that isn’t enough, when Disney execs initially criticised his portrayal of Jack Sparrow in Pirates of the Caribbean he told them to either trust him or kick him off the film. The outcome was obvious.

Not really much of an obvious choice, however, as well as a career in music and film, she has also recently been confirmed to return next year as one of the judges of American Idol. She’s also been linked with a role in Glee, so expect J.Lo’s influence to rocket over the next year or so.

While Justin Bieber’s influence with anyone over a certain age is slim to non-existent, when it comes to kids and younger teenagers he’s pretty much their entire world. With sneaky conversations with the like of Rhianna and David Beckham at LA Lakers games, he’s definitely got the kind of influence to pull in the celebrity attention too. However, to cap it all, the video to his single Baby is the most viewed and talked about video on YouTube.

This guest post was written by Tuppence Magazine, dedicated to bringing the best entertainment news to the web.