.
You are here: Home / Celebrities / Hollywood Salaries: Which Actors are Worth the Investment?

Lights, camera, accountant! Entertainment is a big business, but market forces are changing.

With modern audiences increasingly loyal to a brand or franchise rather than particular actors, is the age of the bankable Hollywood star finally over? Or are there still some names who can guarantee a movie’s commercial success?

To find out, SavingSpot gathered data on the Metacritic scores, inflation-adjusted box office returns, and earnings for 50 in-demand actors. The visualizations below show which actors are worth the investment, and which are commanding high fees without any critical or commercial payoff.

Reputation counts for a lot in the movie business, but an actor’s reputation can be costly when their movies are critical flops. This chart compares actors’ average earnings with their average Metacritic score. It shows that some were drastically over paid for underwhelming performances, while other actors were better valued for money.

Adam Sandler, for example, earns an average of $22M per movie but has a meager Metacritic rating average of just 38.9. 12 out of 15 Sandler movies were rated lower than 50, with Bucky Larson: Born to be a Star receiving an abysmal rating of 9.

Ryan Gosling, in contrast, commands a modest (by Hollywood standards) average fee of $2M for performances that receive consistently high critical ratings. His Metacritic average is 70.8, including a shining 94 for La La Land. 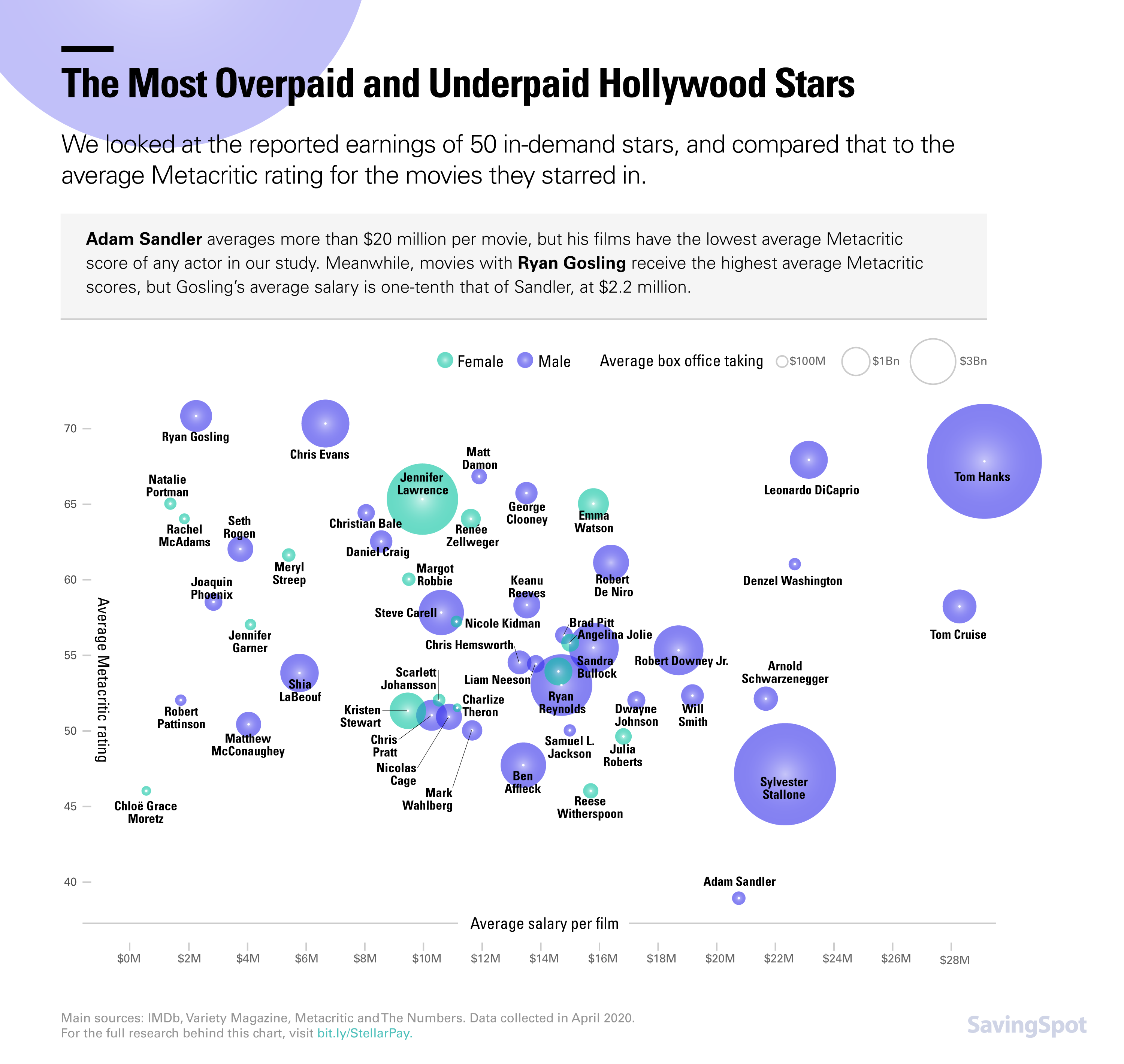 This graph is all about the bottom line – which actors are the most profitable when it comes to box office takings. According to the study, Jennifer Lawrence’s average salary of $10M per film offers the best return on investment (ROI), at $782.8. She earned $562K for the Hunger Games, which made a massive $762M at the box office.

Coming in second, Sylvester Stalone has five decades of box office success under his belt. Weighing in with an average salary of $22.3M per film and ROI of $733.4, Stalone proved his worth back in 1976, when his $23K performance in the boxing blockbuster Rocky made $225M worldwide at the box office.

Check out the chart to see who else is offering a good ROI at the box office. 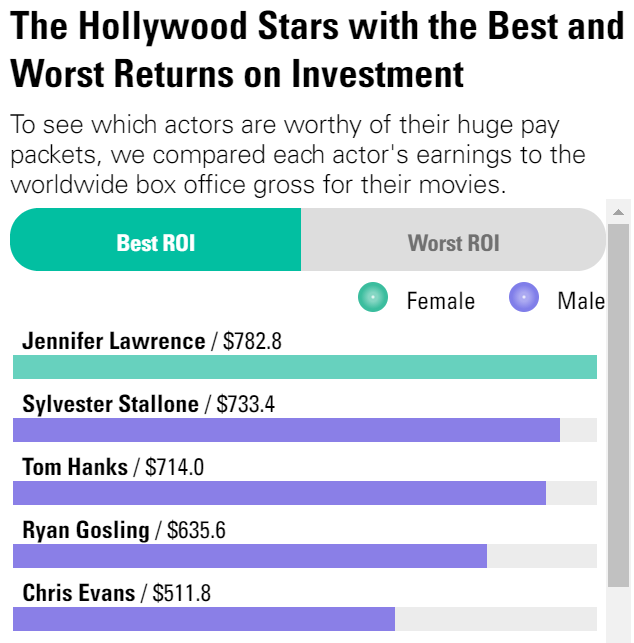