Hey, if the werewolf can do it, so can the vampire! Saturday Night Live’s Lorne Michaels recently told OK! magazine that they’re still trying to get Robert Patttinson to be a guest host on SNL.

Last year, R-Pattz fans were disappointed when the SNL peeps said that they couldn’t accommodate the Twilight hunk because they’re “all locked in with the hosts for this year.”

They were also hesitant because they weren’t sure about the 23-year-old’s hosting skills. “And then he did Jimmy’s show and that went well for him,” said Lorne. Check out R-Pattz’s comedy stint and interview with Jimmy Fallon on his Late Night show last month.

Do you think he’d make a good host? Will he do a better job than Taylor Lautner?

My money’s on the werewolf. Teehee. 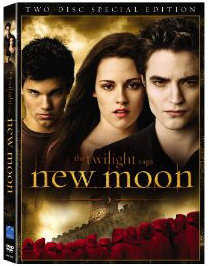 It’s officially out today, so Twilight fans are probably in line at the video stores or waiting by their mailbox for the New Moon DVD. Some die-hard fans aren’t exactly excited to watch the movie all over again. They’re in it for the bonus DVD, where they can view behind-the-scenes clips, deleted scenes, never-before-seen red carpet footage, and much more.

Here are some documentary clips that fans are looking forward to watching: 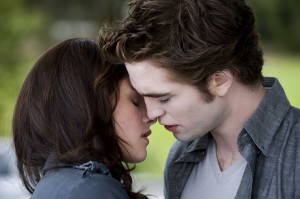 Too many mosquitoes. During that scene in the forest where Edward tells Bella that he will never see her again, there were so many mosquitoes. Director Chris Weitz says he certainly couldn’t show a mosquito landing on a vampire’s nose, “sucking blood from the apparently bloodless Edward,” so they filmed many, many takes. 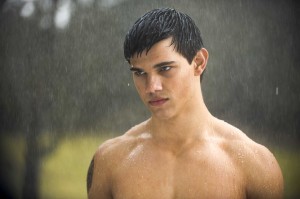 Shirtless in the cold. Taylor Lautner’s character Jacob supposedly has a temperature of 108 degrees, so he’s not supposed to get cold. A shirtless Taylor had to act like he wasn’t freezing under the rain, but as soon as the director yells “cut!” he would run to warm up under a parka.

Stunt doubles outnumbered the main cast. They were everywhere—getting beat up by Volturi, jumping into a cliff, etc.

Read up on the other deleted scenes here, or better yet, order your own copy of the two-disc Special Edition New Moon DVD here.

END_OF_DOCUMENT_TOKEN_TO_BE_REPLACED

One of the biggest teen heartthrobs, Taylor Lautner, turned 18 this month and we didn’t even hear anything about it! Why? Well, that’s because he didn’t really celebrate it.

END_OF_DOCUMENT_TOKEN_TO_BE_REPLACED

1. Taylor Lautner would chase after me.