â€œIâ€™m twenty,â€ country superstar Taylor Swift tweeted a few hours before she said goodbye to her teenage years. According to people.com, she celebrated her 20th birthday with a Christmas-themed party in Hendersonville, Tennessee.

â€œItâ€™s more like an end-of-year Christmas party that happens to be on my birthday,â€ she said. Instead of the predictable A-list party that most celebs do on their birthdays, Swiftâ€™s guest list was made up of her closest family and friends, bandmates, and tour crew. She even baked cookies and sweets for everyone.

Swift also donated $250,000 to schools all over the U.S. The money will be used to buy school supplies and fund teachersâ€™ salaries. â€œSomething I wanted to do at the end of this amazing year and especially on my birthday was give back to something I really believe in, which is education,â€ Swift said. â€œThe schools that I went to and the amazing people I got to learn from really turned me into who I am, and I wanted to give back.â€

As for special birthday presents that Swift received, we at Celebrific love her rumored boyfriend Taylorâ€™s Lautnerâ€™s stint at SNL, wherein he defends Swift’s honor at a reenactment of the recent MTV Video Music Awards. He literally knocked bully Kanye Westâ€™s head offâ€”his mannequin model, that is. Watch the SNL clip here:

The 17-year-old Hollywood heartthrob has a penchant for playing onscreen heroes. First he was Sharkboy in 2005â€™s The Adventures of Sharkboy and Lava Girl. Then he showed off his werewolf muscles as Twilight and New Moonâ€™s Jacob Black. Now heâ€™s pegged to play the lead role in Max Steel, first reported by LA Times.

The superhero and action figure from Mattel became an animated hit for its kiddie fan base, but executives are taking it up a notch by letting Paramount Pictures produce it for the big screen. 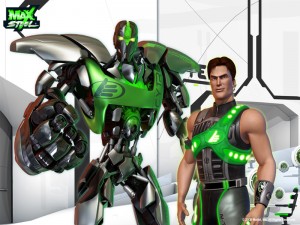 Lautner will play Josh McGrath, an extreme-sports athlete who gets accidentally exposed to nanotechnological machines. The machinesâ€™ powers become part of him, thus giving him increased strength and the ability to change his appearance.

Itâ€™s going to be a lucrative 2010 for Lautner. Mattel recently announced that they will release a Jacob Black Barbie doll at the same time the New Moon DVD will be released in February 2010.

His movie, Valentineâ€™s Day, opposite rumored girlfriend Taylor Swift will hit theaters on February 14. He will also be busy shooting the third and fourth installments of The Twilight Saga. Talk about a busy schedule! 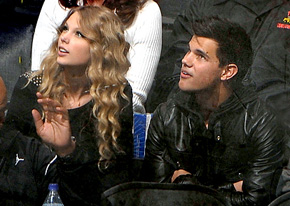 Taylor Lautner and Taylor Swift seem to be getting along quite well. The youngsters are starring together in a romantic comedy, Valentine’s Day, and have been spending a lot of quality time together. They have not officially announced that they are a couple, but I believe it’s just a matter of time. For what it’s worth, they seem to be a good match!