While the ladies of Hollywood often get the attention for the fashions that inspire current trends, many male actors display an equal amount of fashion sense. From brand name casual wear to expensive tailored suits and accessories, a number of celebrity men deserve recognition. Here’s Celebrific’s all time best dressed Hollywood men.

Off the screen, this handsome, humorous and intelligent actor regularly sets a fine example in men’s fashion. Giorgio Armani remarked that Clooney can make any suit look fantastic. One may be hard pressed to think of a time while out in public that the Hollywood star appeared less than presentable.

Regardless of the costumes his characters may be called upon to wear, when attending a special event, Gyllenhaal always dresses in good taste. In addition to preferring classical American styles, he makes a point of adding a personalized touch of something trendy.

Singer, actor and all around cool guy, Foxx masters the art of looking dapper. It does not seem to matter whether he dresses casually in jeans and a sweater or in a shimmering three-piece suit, he emits an air of elegance.

Not unlike his James Bond character, Craig is also considered fashion-conscious. He is also a man who is not afraid to accessorize. Bright scarves, funky shoes and elaborate pocket squares are but some of his many choices.

Depp displays a fashion sense all of his own, which some label as bohemian chic. He is well-known for dressing in other than what some might expect an A-list actor to wear. He much prefers hats, scarves and layered apparel that often masquerade his ageless handsome appeal.

On his show, “Mad Men,” Hamm’s character dresses for success. Some men look great regardless of what they choose to wear. Hamm is one of those men. In real life, he prefers what some may call “old-school fashion. He is often seen in jeans and over-sized sweaters when not wearing professionally tailored suits.

Fashion and style rank high enough on Timberlake’s priorities that he established his own line of clothing. Since reaching adulthood, he is recognized for his style that often includes retro newsboy caps, sweater vests and glasses. His unique preference and apparel choices have earned him the title of “King of Geeky Chic.”

Once voted by People Magazine as “Sexiest Man Alive,” Gosling and his model good looks has spawned many remarks. He reminds many of someone who just stepped off a runway.

Though most women find his devotion to his wife one of this rocker’s most attractive features, when out in public, he is often seen donning the creations of Tom Ford and Versace.

His young daughter Suri is often recognized for having a knack for fashion. A characteristic she may well have inherited from her famous father. When not starring in a variety of films, Cruise is often seen in casual, preppy and sporty apparel that always seems to exude class.

From “Fresh Prince” to numerous starring Hollywood roles, Smith has come a long way from jeans and quirky outfits. Today, the mature star is better known for his upgraded fashion choices that often include a suit.

Who are your best dressed Hollyowood men? Let is know in the comments! 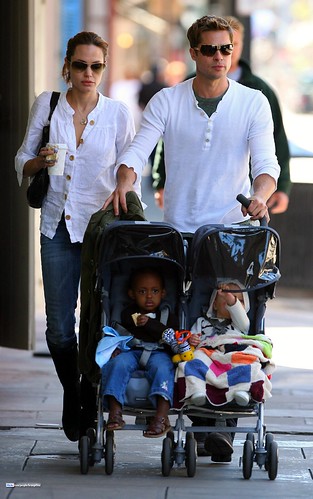 Both of these Hollywood stars also boast impressive film careers with Angelina’s credits including Lara Croft: Tomb Raider, Wanted and Salt. Pitt’s film work is no less inspiring with movies such as Fight Club, The Mexican and Ocean’s Eleven – perhaps the little ones will grow up to be stars too? With the media braced to report their every move, this Hollywood couple certainly are the coolest around. END_OF_DOCUMENT_TOKEN_TO_BE_REPLACED

Will Ferrell has an estimated net worth of $31million for his comedy roles in smash hits such as Blades of Glory and Anchorman. The slapstick actor has done really well for himself making this list, and there is no wonder because it is clear that he is super talented. END_OF_DOCUMENT_TOKEN_TO_BE_REPLACED

I was never fond of nepotism. I hate how relatives of celebrities and socialites are given more favorable opportunities in the entertainment industry just because they carry the famous last name. Most of them are terrible in acting, singing, or whatever it is that they’re temporarily interested in—and yet they land the good jobs.

But there are a few “privileged children” who prove their mettle. One is Jaden Smith, 11-year-old son of Will Smith and Jada Pinkett. He’s wrapping up the remake of The Karate Kid, made famous by Ralph Macchio and the late Pat Morita in the ’80s.

Jaden landed the lead role of Dre Parker, an American boy who is forced to move to China with his mom. There, he finds trouble in the neighborhood and learns Kung Fu from Mr. Han, played by Jackie Chan. Mr. Han, the maintenance man, is secretly a master of Kung Fu.

My doubts about this flick were erased when I saw the trailer. The movie didn’t exactly ride on the “wax-on, wax-off” formulas that worked in the ’80s, but there are familiar Mr. Miyagi moments that both the old and young generation can enjoy.

Jaden also shows impressive acting chops and martial arts know-how. He was so good that Jackie Chan was blown away during their shoots last year. “He put my son to shame!” Jackie said in an interview. “I provided my son with the best martial artists in the world, and he could not be persuaded to try it. In just two months, Jaden had learned so much. He is truly a talented boy,” he said.

The film is currently in post-production and I cannot wait to see it in June! 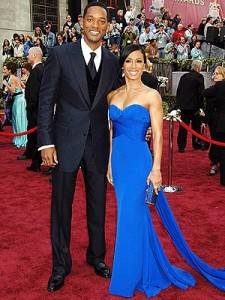 The celebrity couple are taking collaboration to a whole new level. They are the hosts to the upcoming Nobel Peace Prize Concert in Oslo. The show will take place on December 11 and will also feature a host of performers. Why the couple? Organizers say they are the perfect ambassadors for peace. I wonder what the Jolie-Pitt brood are thinking.