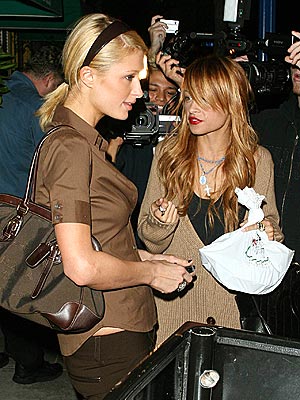 We all knew they would get back together, it was just a matter of time. Paris Hilton & newly-renewed BFF Nicole Richie reunited (and it feels so good) in West Hollywood’s Dan Tana’s restaurant on Sunday. 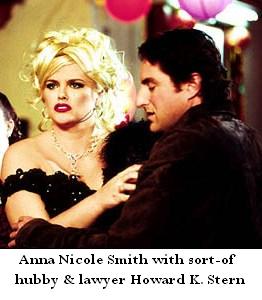 Anna Nicole Smith & her lawyer/boyfriend/possible father of her child Howard K. Stern exchanged vows Thursday aboard a boat near Nassau.

There was no, however, formal marriage and the ceremony is “not legally binding.” So that makes a lot of sense….

Michael Scott, another attorney for Anna Nicole, stated that the couple “exchanged vows before God” while onboard the boat but did not obtain a marriage license.

“It was not a formal, legal arrangement,” Scott said.

Anna Nicole is having a busy year, lawsuits, marriages, her son Daniel Wayne tragically dying & a newborn daughter whose paternity is being fought over.

Stern recently told talk show host Larry King that he is the true father of Anna’s newborn baby, while photojournalist Larry Birkhead is fighting for a DNA test to prove if he may be the real father.

In a response to Stern & Smith’s “marriage”, Birkhead stated, “I wish them all the luck in their commitment, however my only commitment is to have a life with a daughter I was told was mine.” 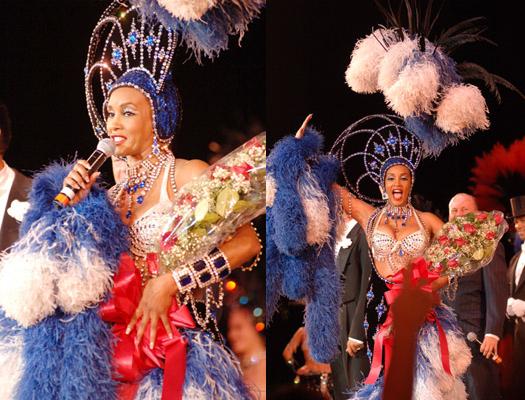 Vivica has come a long way since Beverly Hills: 90210. 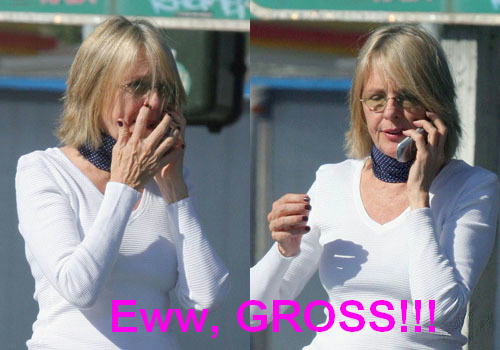 I’m not sure what’s up with all the bugger picking lately, but it seems to be an epidemic. First Brooke Shields, then Cindy Crawford was caught with a finger up the old nose and now classy veteran actress Diane Keaton was spotted picking & inspecting her bugger.

What is going on? I’m going to think about it while I pick my nose.

Thanks to Celebitchy for the pics! 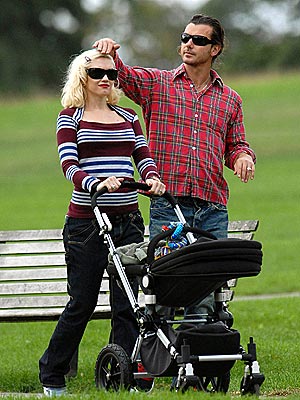 That’s sweet, it looks like Gavin is trying to help with Gwen’s do.