You just gotta love this girl! While guesting at a German talk show, Owen Wilson lost a bet and was forced to nibble on dog biscuits. He coerced Jennifer Aniston into doing the same thing – much to the delight of the German viewers. And if you’re wondering what it was like, Jen says it was “just a bit dry.” 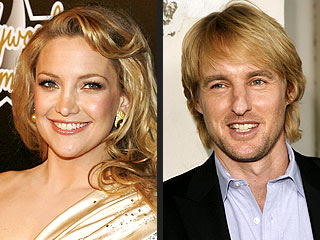 After breaking up last summer Kate Hudson and Owen Wilson seem to be getting really close again.

The couple were “all over each other” at the Oscar parties. “There was lots of arm touching, giggling,” reports one witness, “They were having lots of fun.” 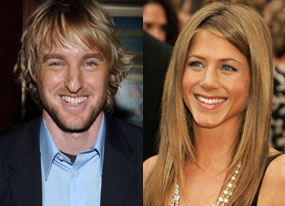 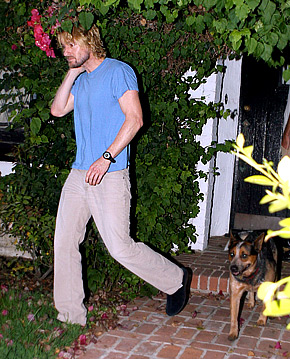 According to one source Owen is doing really well, saying, “Heâ€™s not crying or drinking. He is normal.”Â

I’m just so glad to hear that this Wilson brother is getting that blonde head of his above water.Â  Hang in there, Luke, I mean Owen. 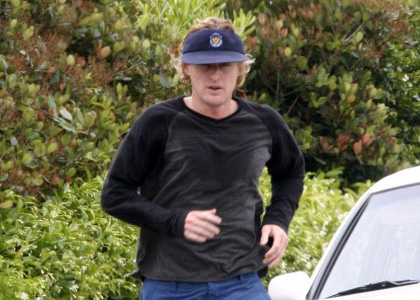 Sadly, theÂ truth about the reason actor Owen Wilson wasÂ hospitalized over the weekend has come out.Â  While I was rather hoping for a bad cold turned pneumonia, police offers responded to an attempted suicide at Wilson’s home.

The Santa Monica police log states that the reason for the call was an attempted suicide by Mr. Wilson.Â Â The police were telephoned by one ofÂ Owen’s brothersÂ which arrived on the scene at 12:08pm on Sunday.Â

Currently 38-year-old Wilson is in recovery at Cedars-Sinai Medical Center in Los Angeles.Â  We’re wishing you well, Owen & hope that you find not one reason to live but thousands.