And another one bites the dust. Let’s bid farewell to the union of Michael Douglas and Catherine-Zeta Jones.

END_OF_DOCUMENT_TOKEN_TO_BE_REPLACED 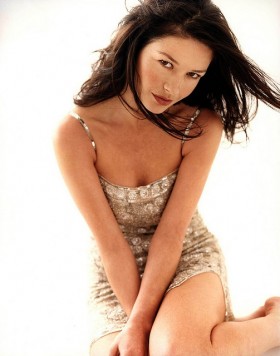 Fame and/or  fortune may either be one of the three wishes  you’d ask a genie from the magic lamp. Beauty and/or talent could be on there too. But it’s just amazing and sometimes downright unfair  how some people in this earth can just have all of them and yet life still manages to throw a mean curve ball! Catherine Zeta-Jones, has always been that celebrity who shines with it all!  The 41 yr old Welsh actress seemed to be unstoppable in her career, unfading with her beauty, blessed with a solid marriage to Michael Douglas and just last year… the man in her life was diagnosed with stage 4 throat cancer.

Zeta-Jones has gracefully carried on over the past year helping her husband battle with his health. He is now tumour free. However, she was reported to have recently checked into an unnamed mental health facility to get help for bipolar II. Her representative states the actress spent five days getting help for this disorder which may have stemmed from the stress she had to go through last year. The woman powered through difficult times, with her stepson Cameron sentenced to 5 years in prison on drug charges along with a bitter court case with Michael’s ex-wife who wanted  Douglas’ earnings from the sequel of Wall Street.

Many people suffer from bipolar disorder, and often times aren’t even aware of it.  Bipolar II manifests itself through irritation and mildly elevated moods called hypomania. Stress is a trigger factor but hereditary predisposition is most often to blame. It is a long-term illness that will require psychotherapy and medication to help people manage stress and overcome the highs and lows.

Stars the likes of Marky Mark, Josh Duhamel & Heather Locklear were on hand to help the cause of health & community services.Â  Everyone seemed to be in good spirits at the golf charity event, except for Marky Mark who looks like he’s sending hateful brain waves to the seemingly happy couple.

I’m kinda with Marky Mark on this one, what the crap does amazingly beautiful CTZ see in oldiepants Douglas?