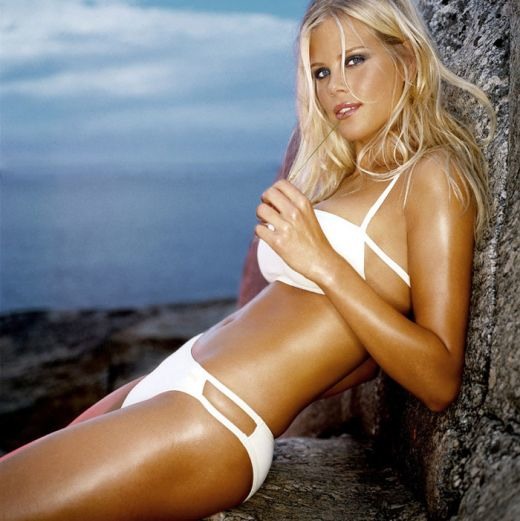 Whoa! Who knew golf could make you a billionaire. When I was a kind playing golf with my dad (who used to make me carry his golf bag, to make me a man, as he put it), even the top golfers were never worth more than low double digits millions. But Tiger Woods is just one of those athletes (are golfers really athletes?) who changed everything. Honestly, it isn’t the golf winnings per se that made him a billionaire, it had to be the endorsements.

Oh, you didn’t know Tiger was a billionaire? Rachel Uchitel did, I’m thinking (but she’s not Tiger’s wife, so maybe that’s why she only got $10M?). And his wife did, judging by the fact that she’s expecting $750M in their pending divorce settlement. And full custody. And she has so far refused to sign a confidentiality clause, so she could potentially write a book and profit off of that.

All I can say is Tiger, I hope Uchitel and the neighbor’s daughter were worth losing a beautiful wife, kids, $750M and a lot of endorsements. Do you know how many Top Flight golf balls you could buy with that much money? I don’t either but I know it’s a lot. Well at least you didn’t cheat with her twin sister. 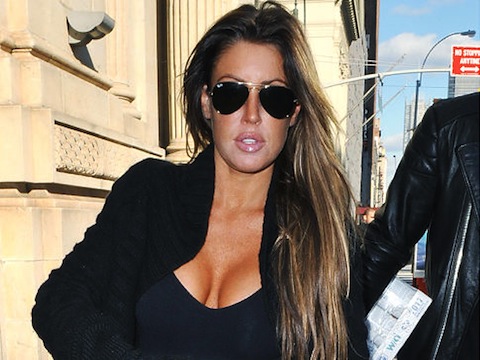 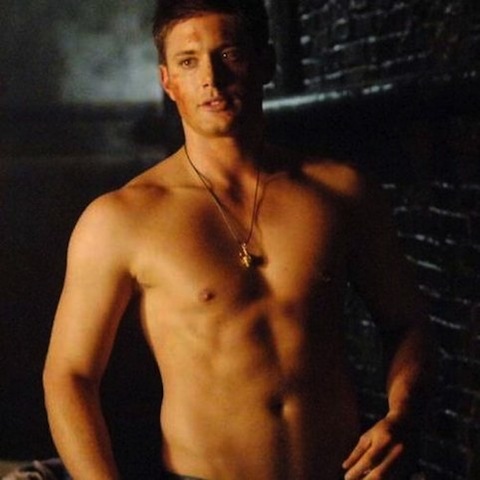 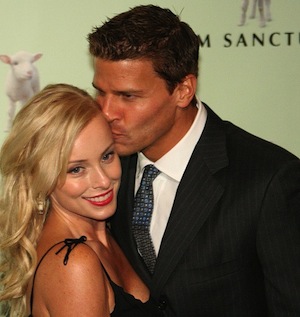 There’s a lot of cheating going in Hollywood (was it ever otherwise) and understandably there’s a lot of hurt. David Boreanaz’s wife Jaime Bergman says she’s still angry, but reputed gold-digging starf*cker Rachel Uchitel says she wasn’t the one with whom Boreanz had a fling, and she isn’t trying to extort any money from him. Well, I guess for now Itchypuss is happy with the reported $10M she got from Tiger Woods. Really, that much? For what? It’s not like word didn’t get out and save Woods lots of headache.

At any rate, the details of Boreanaz’s mystery woman will no doubt eventually surface thanks to the dirt-digging slime whose mission it is to find such information. Hey, stop pointing at me; I only report the dirt… or make it up. (For a very NSFW-speculation of Rachel Uchitel, read the always raunchy and funny dlisted.) But I sure hope it’s not Uchitel because Jaime Bergman is a far more attractive and classy woman. (Hey, her only listing in IMDB as an actress is as “Hot Model” in 1998’s Hard Ride. Although I’m not sure anyone other than the production crew and actors have heard of this flick, it’s gotta count for something, right?) Boreanaz has already done Jaime wrong, by his admission — a woman he’s had two kids with. What does it say for him if he fooled around with an unattractive tramp? Personally, I still think it’s his Bones co-star Emily Deschanel, who has a ton more class. 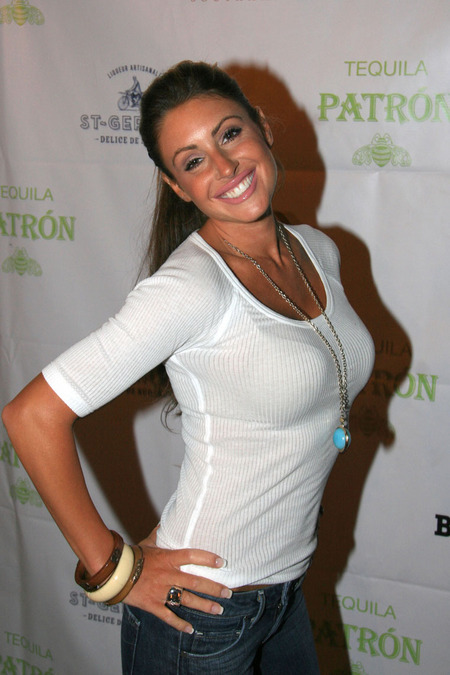 You understood the game plan. Woman says she didn’t bang the billion dollar man so he would slide her some green under the table. However, there was a wrench thrown in the plans when another money-grubbing cow decided to make it publicly known that she was sleeping with Tiger. Well, cow #1 just couldn’t let this opportunity slip through her fingers so she admits that she actually did sleep with the billion dollar athlete.

Sources say less than an hour before Tiger’s accident, Rachel and Tiger were texting each other. Elin confronted Tiger and asked whom he was texting. She grabbed the phone and we’re told she called Rachel to confront her. According to sources, Tiger and Elin began arguing and the phone broke in the process.

If I were her I still would’ve kept quiet to get a sweeter deal from Tiger, but these women have no business sense. If you are going to ruin marriages and destroy legacies you have to start with a well laid out plan.

Let the one tramp get all the hatred from the world, while you chill behind the scenes laughing in caviar baths and champagne showers. Of course, that is what cows #3-#10 are probably doing so what do I know.

Tiger, was this a ploy to break up with your wife before Christmas so you didn’t have to buy her any presents? 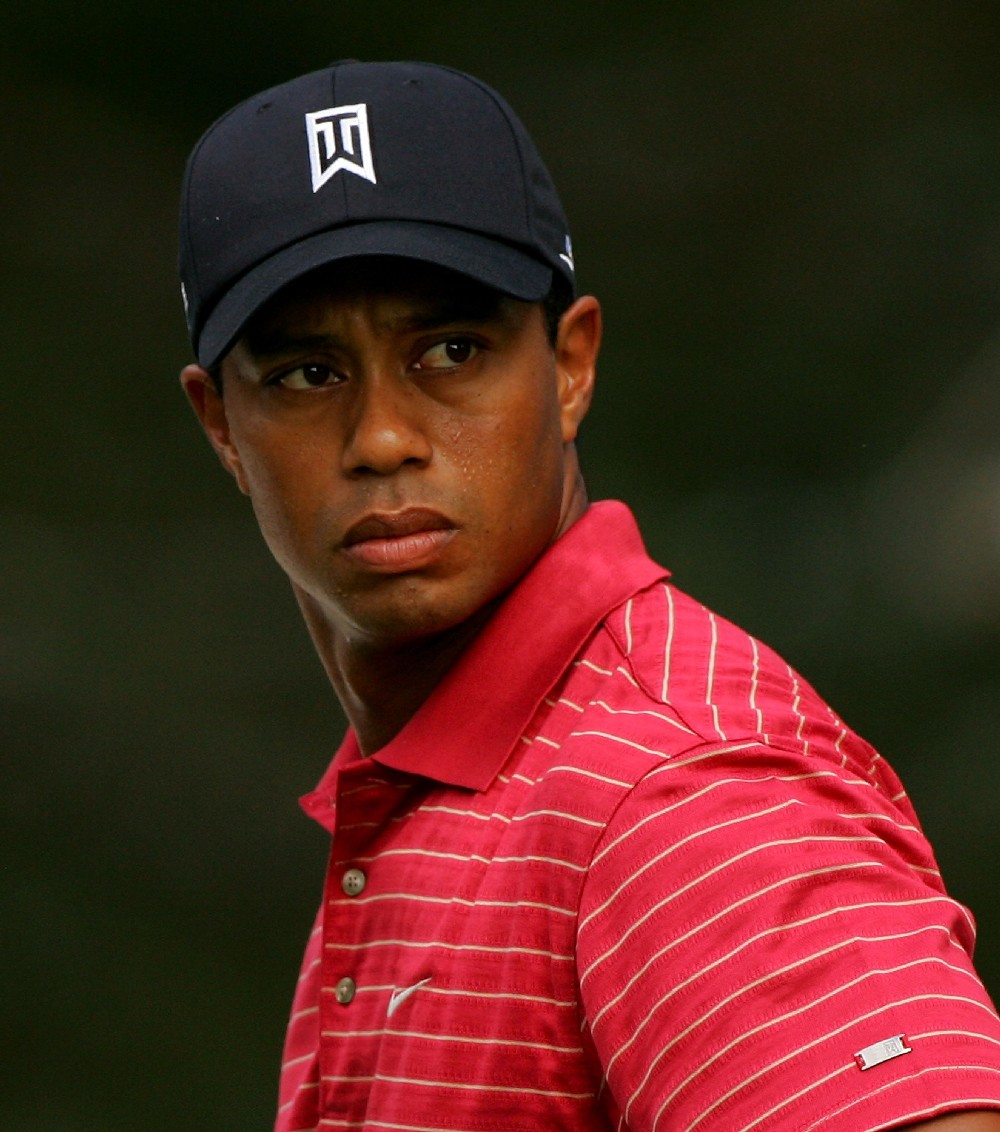 Okay, never mind, because if that was the reason then you are genius my man.