Elin Nordegren, the ex-wife of golf superstar Tiger Woods may join the 12th season cast of Dancing With The Stars, a cast that will be announced during Monday’s The Bachelor season finale.

While she has turned down various offers to star in her own reality TV series, it’s said that producers approached the 31-year-old mother and The National Inquirer says in their March 7 edition that she is seriously considering the opportunity.

“Elin has turned down several reality TV offers, but she thinks Dancing would be a lot of fun, and she especially loves the contestants’ snazzy outfits…Elin works out at home all the time, and she’s in great shape.”

END_OF_DOCUMENT_TOKEN_TO_BE_REPLACED 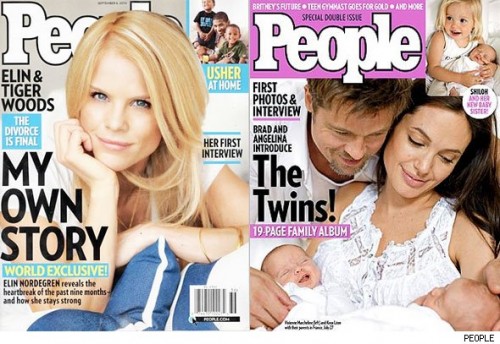 “Everyone at People will be popping the champagne this morning. Early numbers show that Elin sold around 2 million copies, way up from its average of 1.4 million, yet not quite the 2.5 million Angelina sold.” END_OF_DOCUMENT_TOKEN_TO_BE_REPLACED

“Money doesn’t make you happy, but I have to be honest, it is making some things easier….” END_OF_DOCUMENT_TOKEN_TO_BE_REPLACED 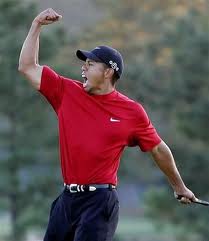 It’s official, the next time Tiger Woods sleeps with a hooker it probably won’t cost him $100 million (unless he gets her pregnant). That’s the rumored amount in assets Woods is paying to Elin Nordegren now that their divorce has been finalized.

Elin, 30 and Tiger, 34, were both in Bay Country Circuit Court in Florida on Monday to witness as their 6-year long marriage was dissolved.

According to the law firm of McGuireWoods:

“Elin Nordegren and Tiger Woods confirmed today that they have divorced. Judgment was entered today in Bay County (Florida) Circuit Court dissolving the marriage,” adding, “The judgment provides for shared parenting of their two children”

END_OF_DOCUMENT_TOKEN_TO_BE_REPLACED

Ouch! Tiger Woods is paying ex-wife Elin Nordegren $750,000,000, you read that right, three-quarters of a billion dollars for a single divorce, making it the most expensive divorce of all-time.

As part of the divorce settlement Elin can’t talk about their relationship or Tiger’s infidelities in any way, shape or form.