It’s a cliché that if you don’t know what you want to do with your life, you go to law school. This is a very expensive and stressful avenue for “killing time” and hoping a passion pops up. It’s also why many law school students don’t end up using their degree and instead spend years pursuing a field that’s not a right fit. It’s not easy to be a great lawyer, and clients deserve better than someone who scraped by without having their heart in it.

The good news is that sometimes these law degree holders do go on to find their right match: Being a celebrity. Whether it’s acting, music or being a personality, there are quite a few celebrities with law degrees. Here are some of the most famous attorneys in waiting:

This is one celebrity whose law degree has served him well. Author Grisham tried a slew of different jobs from selling underwear to being a plumber’s apprentice before he became one of the most famous living writers of today. However, he had early pursuits of becoming a tax lawyer, but found it too challenging so switch to trial law which has helped form the basis of his legal thrillers. END_OF_DOCUMENT_TOKEN_TO_BE_REPLACED 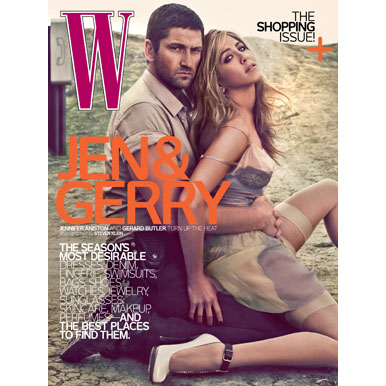 Look who’s turning up the heat on W Magazine’s April issue. Jennifer Aniston and Gerard Butler, both 40, find themselves in each other’s arms on the cover of W.

Photographed by Steven Klein and styled by Alex White, the cover shoot took the onscreen couple to an LA ranch for some rugged but sexy role-playing. They used pegs from Stella McCartney’s 2010 spring/summer collection for the clothes. Jen wore an Alberta Ferretti dress, bringing her cover wardrobe to a total of $3,800.

W Magazine’s April issue will out on March 17. The cover comes out just in time for Jen and Gerard’s movie, The Bounty Hunter, which opens in theaters on March 19. 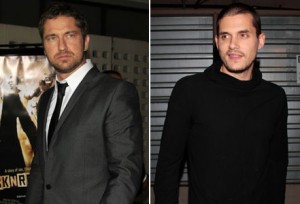 NOPE, they’re not together, but what do they have in common aside from dating Jennifer Aniston? John Mayer says “we’re both branded womanizers.” Gerard Butler, I am okay with. John Mayer, I am not so sure. I do like his Continuum album though. What say you? 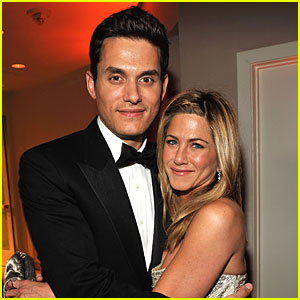 If sources are right, then Jen and John are a couple again! Goodbye Gerard Butler! Goodbye Bradley Cooper!

Travis Barker’s ex-wife Shanna Moakler was recently seen getting all touchy-feely with 300 star Gerard Butler at an LA club. With Barker still recuperating from the near fatal plane crash, Moakler cavorting with another man just seems heartless!