.
You are here: Home / Health / Steven Tyler Announces He Has Hepatitis C 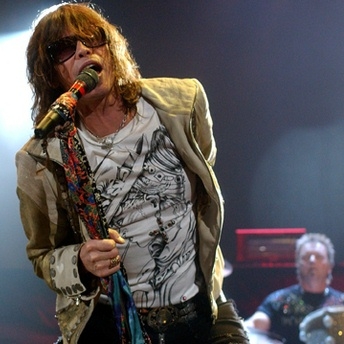 58-year-old Aerosmith frontman Steven Tyler recently announced that he was diagnosed with hepatitis C three years ago.Â  The disease is commonly associated with using needles and is basically a serious infection of the blood.

Tyler reveals,Â “I’ve had hepatitis C for a long time, asymptomatic.”
Â
The former admitted drug addict Tyler goes on to say, “I’ve been pretty quiet about this. “The band took a break about three years ago. â€¦ [My doctor] said now is the time, and it’s 11 months of chemotherapy” â€” actually, interferon, which strengthens the immune system â€” “so I went on that, and it about killed me.”
Â
“You know, it really hurt. It was a bad, bad period. I’m in AA, and I tried to go three, four, five months with nothing, and it about killed me.”

Unfortunately as StevenÂ underwent interferon therapy, his marriage to fashion designer Teresa Barrick suffered as well.Â  Their 18 years of marriageÂ saw an end last year, the couple have two children together.
Â
Regarding his home life Tyler said,Â “I had a little problem at home, to say the least, and I would run upstairs at night, you know, to put the kids asleep and wake up at 3 in the morning with a nosebleed â€” you know, just passed out from the interferon, the treatment. It’s a shot and pills and all of that. But the good news is I stood the test of time.”
Â
The veteran rocker says of the disease, “It’s the silent killer.”

“I may go on Oprah and talk about this.”

Tyler isn’t alone, as over 4.5 million Americans suffer from hepatitis C, including PamelaÂ Anderson who contracted the disease after sharing tattoo needles with ex Tommy Lee in 2002.
Â
Much luck to Tyler in his health struggles.