.
You are here: Home / Scientology / South Park ‘Trapped in the Closet’ Episode Rescheduled 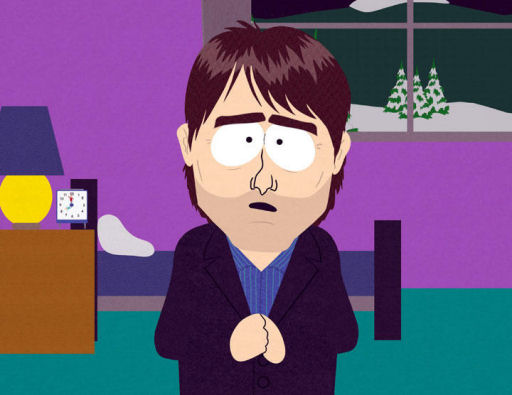 Comedy Central has, thank theÂ heavens,Â scheduled a July 19 air date for the controversial Emmy-nominated episode of South Park that ridicules & makes light of the religion Scientology & the nut we call Tom Cruise.

The “Trapped in the Closet” episode was pulled from the Comedy Central schedule at the last minute in May & fingers pointed at Tom Cruise being the source of the trouble.Â  Creators Trey Parker & Matt Stone were furious with Comedy Central for pulling the show & this rescheduling may be an attempt by the cable network to make amends.Â

Parker & Stone were told the episode was pulled because whineypants Cruise was unhappy with the subject matter.Â  Cruise’s representatives have since repeatedly denied any responsibility in pulling the South Park episode, the same episode which prompted Scientologist Isaac Hayes, the voice of Chef, toÂ leave the show.

Stone insistsÂ that the wool is not over his eyes saying, “I only know what we were told, that people involved with Mission: Impossible 3 wanted the episode off the air and that is why Comedy Central had to do it.

“I don’t know why else it would have been pulled.”

Well, it’s good to know that at least the show is finally being broadcast.Â  What to Tivo July 19:Â  Cruise trapped in his own closet of hilarity.