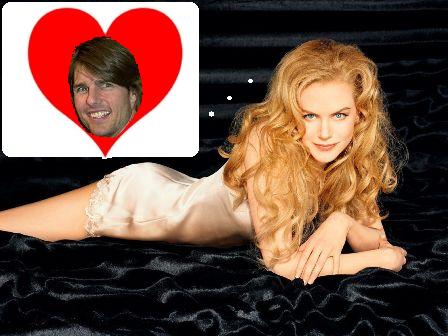 Nicole Kidman is stillÂ under the influence of Tom Cruise.Â  KidmanÂ tells Ladies HomeÂ Journal,Â issue hitting stands tomorrow,Â that she’s still smitten with the Mission:Â  Impossible star.Â  The couple officially split in 2000, while Kidman was pregnant and who subsequently had a miscarriage.Â Â

Tom is now engaged to marry Katie, I mean Kate, Holmes & Nicole is engaged to country singer Keith Urban.Â  But while Kidman has moved beyond her life with Cruise, she tells the Journal she still has feelings for the Scientologist.

“He was huge; still is. To me, he was just Tom, this lovely man, but to everybody else, he is huge. But he was lovely to me. And I loved him. I still love him.”

Nicole Kidman has always been very quiet & reserved regarding her split with Cruise.Â  In one of the most revealing statements she says, “I knew I was going to get hit by something, but I think a divorce, and the demise of what your family is, is a little like a death in itself.”Â

Kidman is very carefulÂ these days who she lets intoÂ herÂ life these days.Â  I guess I would be too if I was escaping a Scientology marriage.

She says,Â  â€œI surround myself with truthful, kind people, most of whom are not in the business,â€ she says. â€œItâ€™s the life I want to have when Iâ€™m an old woman with long gray hair.â€
{Source}