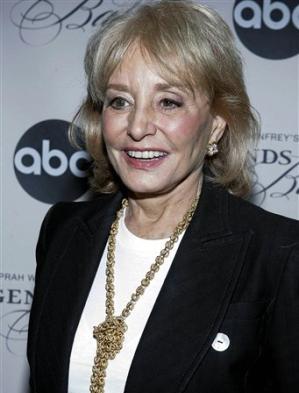 The widow of Crocodile Hunter Steve Irwin will give herÂ first television interview since the deathÂ of her husband.Â  Terri Irwin willÂ be giving this honorÂ to Barbara Walters.Â  Â

Walters announced on The View this morning that she is headed to Australia to Irwin’sÂ Crocoseum memorial service and will also be interviewing Terri andÂ herÂ 8-year-old daughter Bindi.

Irwin was killed September 4th by a stingray barb to the heart while he was snorkeling off the coast of Australia.

Walters said, “Tomorrow there is this great memorial service for Steve Irwin, who died so tragically and so young.

“His wife has not talked to anyone about this and I’m going to go to Brisbane, Australia, to do an interview with Terri Irwin and their little girl Bindi.

“To discuss what her life was, what her relationship with her husband was like, how she heard. The whole world seemed to care about him.”

Walters willÂ be doing a one-hour specialÂ which will air next Wednesday evening.