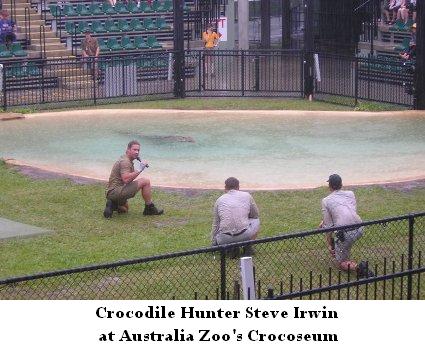 Tickets to attend Crocodile Hunter Steve Irwin’s memorial service sold out in a matter of minutes.Â  The memorial is to be held this coming Wednesday inside the Australia Zoo at the Crocoseum.

All 3,000 available tickets were snapped up by fans (a not so great, but intended pun) in just 15 minutes.Â  Irwin was killed last week by a stingray barb to the heartÂ while filming a special segment for his daughter Bindi’s upcoming TV show.

The memorial service in Queensland’s zoo will be broadcast around the world.Â  Grieving fans camped outside three separate locations in order to get tickets to the event.