The general public has labeled themselves enamoured by the works created from the diligence of Hollywood makeup artists for years, and that doesn’t seem likely to fade anytime soon. We love to watch the progression of the character, whether it be an actor/actress, a pop star, or even some of our favorite star athletes.

If you haven’t had the time to dig deeper, and see who’s really behind the mask (the creation of the mask, that is), then you should. The makeup artists that keep our happy Hollywood facade afloat should absolutely be recognized for their craft. Here is a quick synopsis of a few of the top makeup artists responsible for some of our most beloved characters. END_OF_DOCUMENT_TOKEN_TO_BE_REPLACED

When he was first diagnosed with Hodgkin’s lymphoma last April 2008, Ethan Zohn fought a tough battle to remission and recovery.  Sadly enough, the Survivor winner  once again finds himself in that same battlefield as  his cancer returned  in September of this year.

Recalling how he managed to pull through his ordeal, the 37 yr old soccer player basked in the love and support of long time girlfriend Jenna Morasca. She was his rock. Zohn recalls how Jenna  became the light in his life. The one who put the smiles and the laughter during those trying difficult days.

This time, at the New York City Marathon runners event, Zohn proudly shares that Jenna  has chosen to push the stop button in her life to take care of him and be by his side. To be there in every doctor’s appointment, and stay up with him through all his sleepless and restless nights as he fights for another  chance at life.

The once professional soccer player and advocate to the sport,  never lost his boyish good looks and his zest for life. Although he admits to feelings of anger, frustration , sadness and of course ..fear.  But in spite of his illness, he is determined to make the most out of his situation and take it as  a great opportunity to use his crisis and help other people.

The man is battle ready . However though, marriage is something he says he isn’t quite ready for and surely has not heard wedding bells ringing at this time. 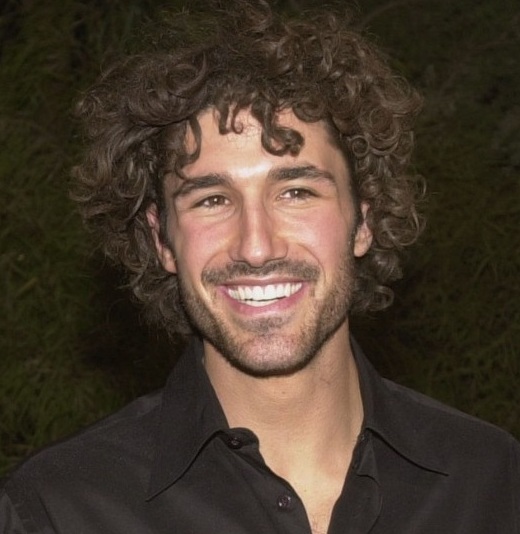 Fans and regular folks alike, just love to have the latest clothes their favorite stars are into. They may not be able to afford those designer labels but that’s what not counts. As with the movie, “The Devil Wears Prada“, where they said the ordinary folk doesn’t realize that the clothes they wear are influenced indirectly by the sizzling styles of Hollywood and the many fashion designers the world over. The best hot and what’s not in the realm of Hollywood makes headlines all over with pap’s clicking away for your viewing pleasure.
So whether you need the latest and hottest wardrobe setup, or just a preview of how good your favorite stars look. Then you need access to the latest style news which you can find in the many fashion web sites on the internet. Log on and see what the stars are into to create your own style or look like your favorite stars on the streets of Hollywood.

Ex-model, now songwriter/singer Carla Bruni is stirring the rumour mills in France as her romance with French President Nicholas Sarkozy heats up and talk of marriage fill the air.Â  Sarkozy, who split from his second wife in November, met Ms. Bruni shortly after and the pair have been inseparable ever since. The French/Italian Bruni’s mother has beenÂ  chaperoning the couple on many occasions and has claimed that the French President has already asked for Ms.Bruni’s hand in marriage. 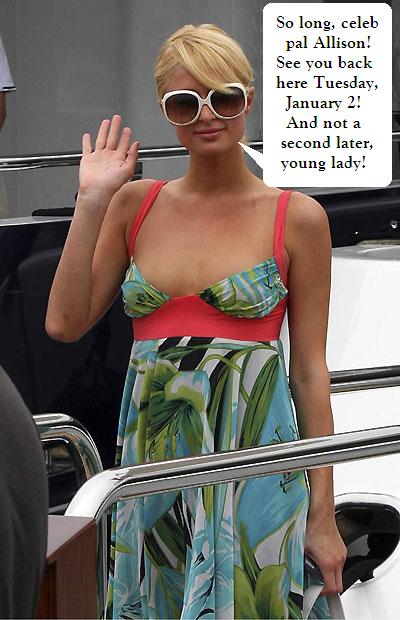 Well, the time has come for me to say, “So long, folks!”.Â  But don’t panic, it’s just for a little over ten days, or time enough forÂ me to kick Rachel Bilson’s ass in the Colleseum.Â  Just make sure you look out for those headlines I mentioned earlier.

And as my close pal Tiny Tim would say, “Happy holidays to us all & may celebrities bless us every one!”