Paris Hilton Needs Her Own Category 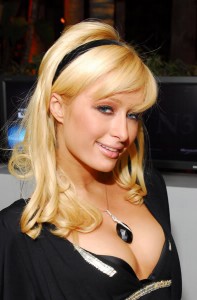 Fans and regular folks alike, just love to have the latest clothes their favorite stars are into. They may not be able to afford those designer labels but that’s what not counts. As with the movie, “The Devil Wears Prada“, where they said the ordinary folk doesn’t realize that the clothes they wear are influenced indirectly by the sizzling styles of Hollywood and the many fashion designers the world over. The best hot and what’s not in the realm of Hollywood makes headlines all over with pap’s clicking away for your viewing pleasure.
So whether you need the latest and hottest wardrobe setup, or just a preview of how good your favorite stars look. Then you need access to the latest style news which you can find in the many fashion web sites on the internet. Log on and see what the stars are into to create your own style or look like your favorite stars on the streets of Hollywood. 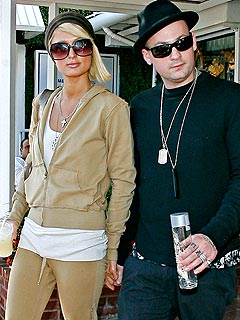 Paris Hilton and Benji Madden (who happens to be the twin of Nicole Ritchie’s boy) are seriously dating.

How long this will last, nobody knows, but the two have been seen getting hot-and-heavy at Hollywood’s trendiest bars. Paris even had lunch with his mom. Ooooh, so she’s meeting the folks now, huh? (He did include her in a “family photo” on his website).

Of course, this is Paris Hilton, so don’t hold your breath to see another 20 carat engagement ring. 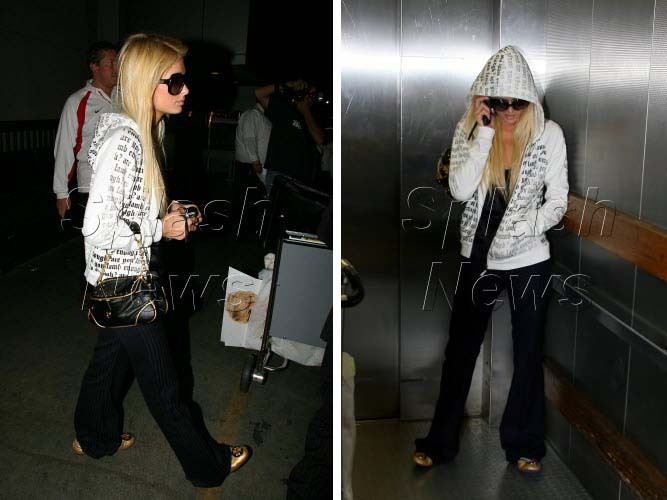 Oh, Paris,Â Paris,Â Paris- you were raised in a very lovely barn, weren’t you?Â  Paris Hilton loves ruining other people’s evenings.Â Â When Janet Jackson left her own birthday / release party when Paris tried to steal her spotlight after giving a terrible, extemporaneousÂ “performance”, I’m sure that’s one Jackson that is though with Hiltons for good.Â

And you remember those pictures from the Las Vegas Jay-Z show, right?Â  Well, according to singer Joshua Radin, Paris kept checking her appearance & puking when she could as the rapper was doing his own performance just a few feet away.Â

“The partying heiress was performing in Las Vegas, when she â€œpukedâ€ on stage, according to crooner Joshua Radin.

Radin was visiting Vegas with the cast of â€œScrubsâ€ and went to a nightclub to hear Jay-Z perform.

â€œParis Hilton â€¦was sitting next to me the whole night. Seriously, next to me, like our legs were touching for a good 5 hours,â€ Radin wrote on his MySpace site. â€œNow donâ€™t get the wrong idea. She never once said hello, nor even looked in my direction. Five hours. And it was unreal to watch. She must have pulled a compact out of her bag every 6 minutes to stare at herself and pose while Jay-Z was performing 18 inches from us.â€

When Jay-Z left the stage, according to Radin, it was Hiltonâ€™s moment. â€œParis, who had been swilling straight vodka from [a] Grey Goose bottle for hours, gets up on stage, has the people in charge throw her â€˜recordâ€™ on the house stereo for her to lip sync two of her songs,â€ writes Radin. â€œShe gets up on the stage, pukes, leaves. . . I find the music business charming.â€

And here’s the partying princess now leaving Las Vegas with a massive hangover, I’m sure.Â  Oh, Paris- what are we going to do with you?Â  Oh yeah, not buy any of your awful albums.Â  I forgot. 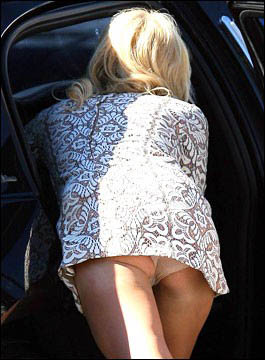