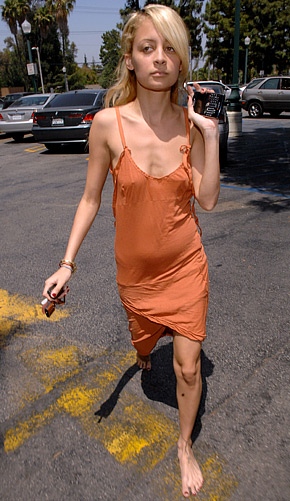 “Let’s glorify this day in your sluttiest tops and your tightest pair of tsubi jeans, even though we have no…clue what Memorial Day really means!!…There will be a scale at the front door. No girls over 100 pounds allowed in. Start starving yourself now. See you all then!!!”

I have to admit, I don’t think I’d make into the party, myself. 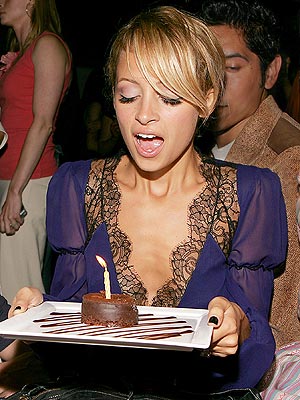 Despite continued reports that socialite Nicole Richie is in rehab once again, her rep is feverously denying these reports.

Richie’s rep stated, “She is not in rehab.”

â€œShe is at home in Glendale. Sobriety is an ongoing process but she is sober.”

That’s pretty funny.Â  I mean we haven’t seen Nicole out & about recently & we automatically assume the girl’s in rehab.Â  Now, that’s what I call a bad reputation. 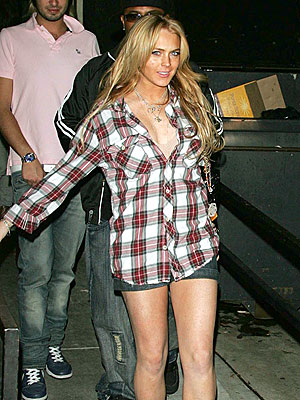 On Monday teen queen Lindsay Lohan was spotted at Hollywood hotspot Winston’s apparently channeling Daisy Duke, though not in a good way really.

The flannel-sporting actress arrived at the club holding the hand of none other than pal Nicole Richie.Â Â  It seems like Richie should have been the one to prevent LL from leaving the house looking like she’s going off to hunt coon or something.

Jeez, this is one bad Daisy Duke look, eh?

Wowzers, this has been a big week for socialite Nicole Richie.Â Â Not only is the sillyhead pleading not guilty to that DUI charge back in December, she is also looking for a place to shack up with currentÂ boyfriend Joel Madden from Good Charlotte.

On Tuesday Richie entered a plea of not guilty on a charge fromÂ December of driving under the influence.Â  I’m not so sureÂ that was a smart move, especially afterÂ those pictures surfaced.Â  We’ll have to watch this one & see how it turns out.

On top of makingÂ bad legal decisions, Richie has decided to moveÂ in with her current boy toy, Joel Madden, who she has been dating for just a little over three months.Â  Great job in sticking together that long, you two lovebirds!

Apparently Richie &Â Madden are looking for homes in Los Angeles where the twoÂ can spend more time together.Â

An insider states,Â “Nicole hasn’t moved in with him yet…but they are looking at places.”

Well, wishing the happy couple luck as the search for the perfect welcome mat.

Sunday afternoon was clearly a trying time for former “O.C.” star Mischa Barton. Barton had just dropped off pal Nicole Richie at a Los Angeles tanning salon when the cellulite princess got into a wreck in Richie’s Mercedes SUV. Wonder how Richie took the news…

21-year-old Mischa was clearly shaken after the incident & pulled into a gas station where the couple she literally bumped into exchanged insurance information.Â

Mischa took some time to fill up Nicole’s tank, probably to soften the blow when none other than fashion mag worker Carlos Lopez saw the distressed Barton & came to lend a hand.Â  Now isn’t that just too friendly of that Lopez.Â  But I still am left wondering whether Nicole Richie still calls Mischa Barton her BFF after this little fender bender.

Thanks to Us Weekly for the scoop & the image.