Congratulations to Nicole Kidman and Keith Urban! Their daughter was born Monday morning. They have chosen the name “Sunday Rose.”

Nicole Kidman is one of the few people who can look absolutely gorgeous in the middle of a difficult pregnancy. Check out her naternity chic. She looks better than most people do even when they’re not pregnant!!! 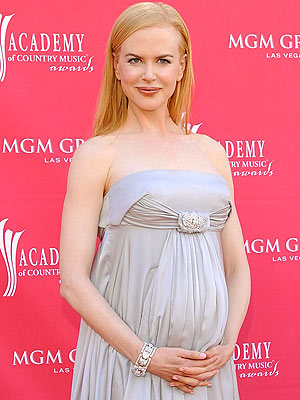 Nicole Kidman looks absolutely gorgeous. Even if it’s been a difficult pregnancy, she still managed to look serene — even radiant — at the Academy of Country Music Awards in Las Vegas. 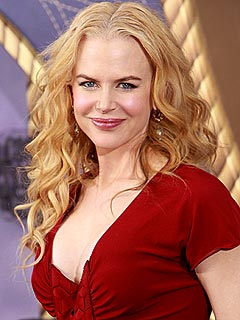 Nicole Kidman’s ecstatic about being pregnant. But it hasn’t been easy. Now, the actress reports “severe morning sickness.” She also admitted that she is wondering if it will get even more difficult as the months progress, though she is by no means complaining. “[I’m] good actually, really good. Waiting for the third trimester,” she said. “Everyone says that is hard work.”

You can say what you like about Tom Cruise – his nutty sofa antics, strange marriage, fervent beliefs etc, but when it comes to parenting, all evidence points to the fact that Tom has been doing a pretty decent job as a parent.Â  And its not just to mini-paparazzi darling Suri. Don’t forget that Tom has two adopted kids with ex Nicole Kidman, Connor and Isabella, now entering their teens.

Nick, on the other hand, has been getting the bad rap when it comes to parenting, with numerous reports saying things like Nicole has a “strained” relationship with her kids, doesn’t spend enough time with the, and worst, they don’t even call her “Mum”.