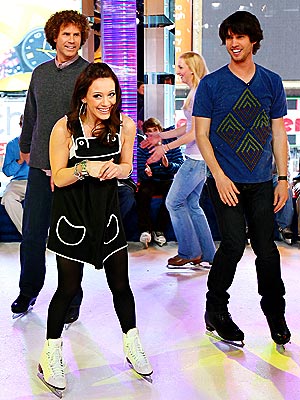 Ferrell &Â Heder were doing the rounds in New York to promote their newÂ movie, while Duff was trying her hand at cohosting the popular MTV show.

I’d have to say thatÂ after seeing the show, Duff may not be the next Kristi Yamaguchi, if you know what I mean!