It seems you either love or hate Sarah Silverman, but if you’re in the latter category, good news. Her Sarah Silverman Program, which has been on since 2007, is being canceled. That’s despite a Twitter campaign to save it and an Emmy nomination last year. (Really? It’s had some really demented episodes. See her interview clip, below, with the Katie Couric.) Then again, she was an executive producer on the show, and had previously threatened to quit before when Comedy Central wanted a budget cut. So the cancellation couldn’t have been much of a surprise to her. But with a bestselling book, The Bedwetter, and a couple of film projects on the go, she’s seems to have enough work to keep herself busy. In the worst-case scenario, her talk show host boyfriend Jimmy Kimmel might be able to find her something. Or she could do a film on the story of her life and call it “The 40 Year Old Vegetarian”.

Every dog has his day, and March 27 was Matt Damon’s. He was honored at the Beverly Hilton Hotel for the “24th Annual American Cinematheque Award Presentation to Matt Damon.”

END_OF_DOCUMENT_TOKEN_TO_BE_REPLACED

Controversial comedienne Sarah Silverman reportedly got booed off the stage during her debut London performance.

The ire of the London audience reportedly stemmed from Silverman’s short 40-minute routine. Apparently, they were expecting a lot more for the tickets they paid. The situation was not helped by her reluctance to attend a Q&A after her performance.

Don’t let fame get to your head, girl. 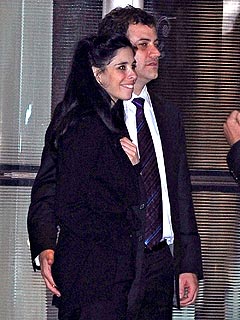 What’s this we hear that Jimmy Kimmel and Sarah Silverman are back together?

The two comedians ended their five-year relationship a couple of months ago but it looks like they think there’s still hope yet for their relationship. 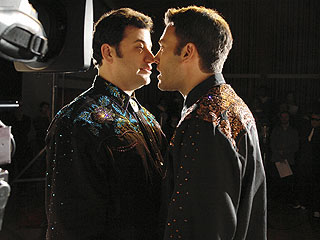 Sarah Silverman may have got the first laugh when she made her music video “I’m f*ing Matt Damon. But her boyfriend Jimmy Kimmel has a comeback: “I’m F—ing Ben Affleck.” Will his video get the 4 million hits that Sarah’s received on You Tube alone?