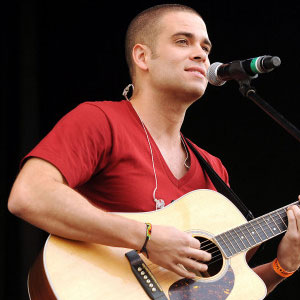 “Illusions” has two available music videos, the first is your standard fair video, while the second features a “magic eye” stereogram element.

Check out both videos below and then get ready for his Pipe Dreams album to drop.

END_OF_DOCUMENT_TOKEN_TO_BE_REPLACED

Yesterday I raved about the best-dressed women at the Screen Actors Guild Awards. Now it’s the guys’ turn. I know there’s nothing much they can don other than ties and tuxedos, but there are a few stylish men who add the extra oomph to an otherwise conventional suit.

He may have tried to act goofy for this photo op, but Eli Roth (whose movie Inglorious Basterds won Outstanding Performance by a Cast in a Motion Picture)’s plaid suit made him more hottie than funny.

Justin Timberlake never fails to disappoint at the red carpet. His Dolce & Gabbana ensemble was a crowd favorite at last Saturday’s SAG Awards.

Although head-to-toe black is a safe choice, not many guys can stylishly pull it off the way Kevin Bacon did. The Taking Chance actor also took home the award for Outstanding Performance by a Male Actor in a Television Movie or Miniseries.