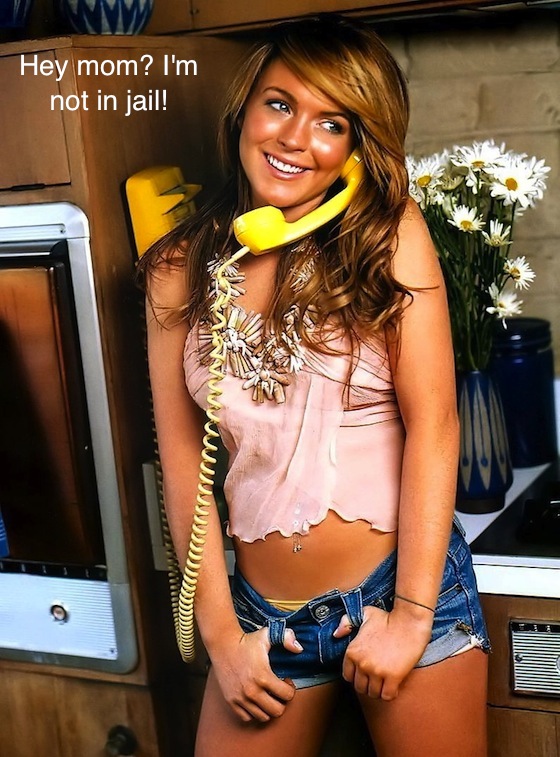 Oh Lindsay, what happened to the sweet girl we knew and loved? So little Lindsay LiLo Lohan was no doubt really scared up until the mean old Judge Marsha Revel revealed her ruling for the notorious party monster, who has been running rampant lately. You ask me, Lindsay got off easy. Me, I would have asked the judge to turn Linds over to me, taken the girl across my knee and given her a spanking guaranteed to scare the freckles off of her.

Of course, that’s not going to happen, so Lindsay is damn lucky that even though the judge is pissed-off and won’t accept any of her excuses, she still got off fairly easy. Lindsay said she doesn’t need prison or rehab, though that’s probably out of fear. But she wantonly went to woo funds in Cannes for her still unconfirmed role as porn star Linda Lovelace. As an excuse for why she didn’t make it to her scheduled court date last Thursday, she claimed that her passport was stolen (but the French Police didn’t know about it), that she applied for a replacement (but the U.S. Embassy in France says she only faxed a copy), and that she had to wait for it before she could fly back. That would still make her late, unless she could get on a private jet — which begged friends for via an email. And all that’s not before she was pictured partying it up in Cannes, sporting an ugly new tattoo, and falling down on her knees supposedly due to being tired. (Yeah, Linds; partying all night kinda does that to you.)

Of source, she not at fault. It’s everyone else’s fault. In fact, she claimed that that her father orchestrated the theft of her passport. It’s possible, since Michael Lohan is reputedly trying to gain conservatorship of Lindsay’s estate. Her attorney also tried to blame her no-show at court on her uncle’s recent death. Um, no. It’s because she went to Cannes despite being fully aware that she had a pending court date.

So, she’s lucky that the judge didn’t give her any jail time. (Lindsay even showed up over 10 minutes late for court; couldn’t any of her people at least get her there on time?) She has to yet again wear a SCRAM bracelet on her ankle, which is an alcohol monitoring device. She has to refrain from alcohol and drugs and have random drug testing every week. Sounds easy, but if the girl has an addiction, then it really isn’t all that easy. The last time Lindsay had to wear a SCRAM bracelet, a couple of years ago, she had it removed. The girl is a party monster — she’s spent millions on partying over the years — but she’s also a troubled soul and these legal measures just aren’t going to work on her, even if she had gone to jail. Even her own friends think that she doesn’t have the discipline to stop. I say turn Dr. Phil on her. 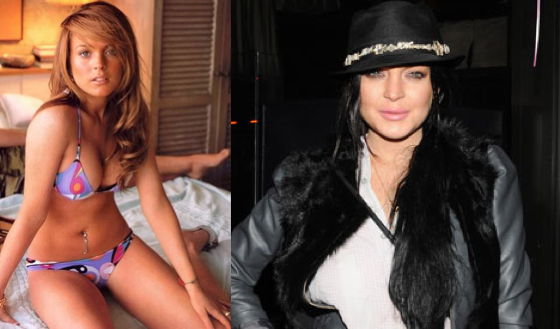