Kelly Clarkson sure is one heck of a performer.

END_OF_DOCUMENT_TOKEN_TO_BE_REPLACED

Taylor Swift is just at awe when mama Kelly Clarkson covered her song!

END_OF_DOCUMENT_TOKEN_TO_BE_REPLACED

Kelly Clarkson is now engaged to longtime boyfriend and talent manager Brandon Blackstock. Kelly even tweeted the engagement sparkler to prove it!

The fancy wedding bling sure looks like it weighs a ton and would truly fit an American idol.

END_OF_DOCUMENT_TOKEN_TO_BE_REPLACED 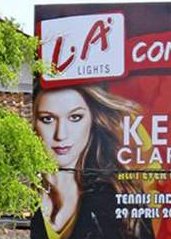 Kelly Clarkson is scheduled to perform at a concert in Jakarta, Indonesia, soon and since there are no regulations prohibiting the advertising of tobacco products in the country, cigarette companies have sponsored the event and have placed ads using Clarkson’s photo on billboards around the city.

Now, Clarkson has come under firs from anti-smoking groups in the US, who say that if Clarkson goes ahead and performs at the concert, she’ll be advocating smoking tobacco.

In a statement released by the Tobacco-Free Kids organization, their president, Matt Myers says:

“If Kelly Clarkson goes ahead with the concert, she is by choice being a spokesman for the tobacco industry and helping them to market to children. She has the power now to turn this situation around and to send a clear message to Indonesian young people and, frankly, to the young people of the world.”

Clarkson’s camp has not come forward with a statement at the time of writing. 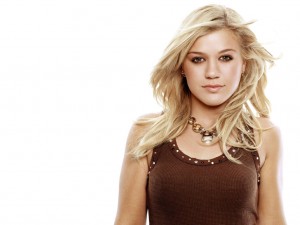 Kelly Clarkson is set to entertain the people of Los Angeles on September 14 at the Hollywood & Highland complex. She will be performing in a free concert, which is the last leg of the Samsung AT&T Summer Krush concert tour. The venue has space for 5,000 people so if you’re a Clarkson fan, better get your tickets here.