Uh-oh! As her newest album New Amerykah Part Two: Return of The Ankh is receiving positive feedback from fans, her new video “Window Seat” is getting a lot of flack.

Erykah Badu strips off her clothes and references the assassination of President John F. Kennedy in the new video, which was released simultaneously with her new album. The scenes, played backwards, show the 39-year-old singer stripping as she walks along a sidewalk in Dallas’ Dealey Plaza. After removing all of her clothes, she feigns being shot in the head, falling to the ground near the spot where JFK was fatally wounded in 1963.

The soul singer was quick to defend her art, tweeting: “[sic] I would never disrespect JFK. his revolutionary thinking is my inspiration. my performance art has been grossly misinterpreted by many.”

The singer, known for her deep poetic lyrics and spiritual idealism, has been tweeting her thoughts about the controversy. She tweeted yesterday: “They are not angry we are nude . It angers them that we are awake . E.Badu”

Watch the video below or through her website. Tell me if you think it’s offensive or just pure art.

Oh, my, my, my! Erykah Badu’s newest album, New Amerykah Part Two: Return of The Ankh came out on the 30th, and it was a momentous occasion for Badu fans such as myself. 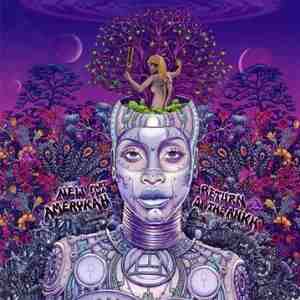