Christina Aguilera has just come back into the scene, and sporting a new look at that! US Magazine shows us a pic of the singer wearing a bob with bangs. I think it’s “okay,” but I expected something with more of an oomph from her. Whatchathink? 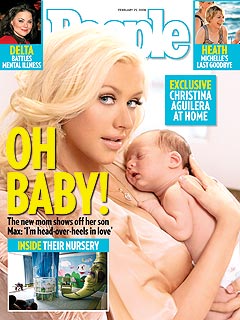 Get the first look of Christina Aguilera and her baby, Max. Such a happy, cute family.

How ironic that years ago, Christina was considered the “wild one” (complete with pink hair and trashy clothes) while arch rival Britney Spears was the “All-American girl.” 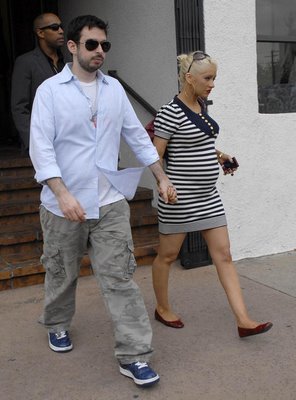 While former rival Britney Spears shops for a pregnancy test (hey, if you lose 2 kids, why not make a new onem right?) former rival Christina Aguilera plays the “perfect mom” with a video tribute to her new family.

Aaaaaawwwww. Who’d have thought 10 years ago that the pink-hard punk-rocker Christina would go all Martha-Stewart while the clean-cut Britney would be… well… whatever she is now?