The voting lines may have been rather long in some states, but a lot of celebs stayed in line with ordinary citizens to make sure their votes counted in the U.S. election.

President Reelect Obama takes the stage with his family. At the McCormick Place convention center, the President even gave a sweet shoutout to Michelle Obama: ‘I wouldn’t be the man I am today without the woman who agreed to marry me 20 years ago, let me say this publicly Michelle I have never loved you more.’

END_OF_DOCUMENT_TOKEN_TO_BE_REPLACED

However, the 30 Rock star Alec Baldwin was seen soaked through his pants as he was out walking his wife’s dogs before the hurricane hit Manhattan.
END_OF_DOCUMENT_TOKEN_TO_BE_REPLACED 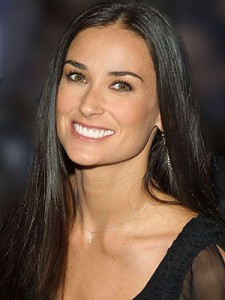 Perez Hilton struck a raw nerve – a very raw one – with Demi Moore when s/he linked to some photos of Tallulah Willis on Twitter. The photos showed some sexy angles of the 15-year-old daughter of Demi Moore and Bruce Willis, ruffling the mother hen’s feathers. She lashed out at the celebrity blogger, saying:

“Anyone who advertises follows or supports Perez supports violating child pornography laws! Let me ask all of you, what is it called when someone is telling people to look and focus on a child’s “boobs & a**” while providing photos?”