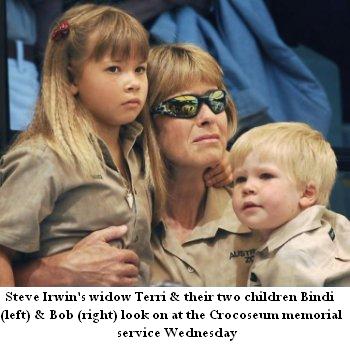 Irwin tragically died earlier this month fromÂ a stingray barb to the heart he received while snorkeling off the coast of Australia.Â  Australia Zoo held a memorial service at their Crocoseum Wednesday for the much-missed naturalist.

A source states, “It’s not about money for Russell–it’s about honoring his mate.

“Steve once told Russell that he wanted him to play him in a movie version of his life.”