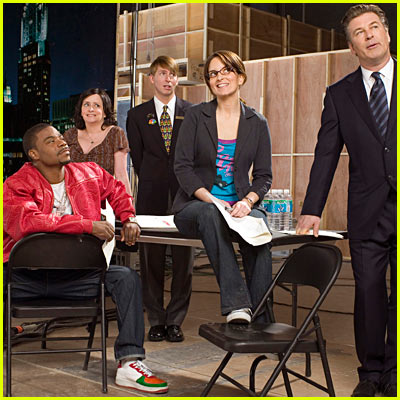 Well, tonight is the night.Â  30 Rock, NBC’s new baby, tries out its wings & see if it can fly.Â  This is the second new NBC series that shows you behind the scenes,Â  Studio 60 on the Sunset Strip reveals the reality of a fictional sketch show while 30 Rock shows you what goes on behind a variety show.

This is the show that “Weekend Update” veteran Tina Fey left SNL for, so we’re rooting for Tina on this one.Â  But unfortunately, Alec Baldwin has also been cast for the show and I feel like someone should pay for this goofup.Â  Tracy Morgan, also an SNL alumnus, will be trying to add some charismatic comedy to the show, though I’m not sure if he’ll be able to save the show from Alec’s bloated eagle looking face.

Watch tonight at 8pm ET and you let me know whatcha think.