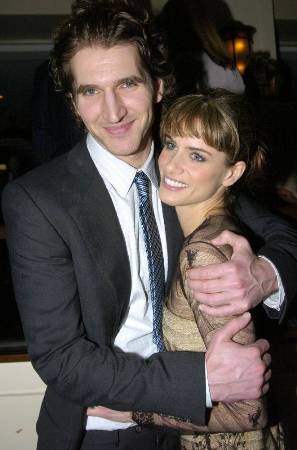 The Whole Nine Yards actress Amanda Peet & hottie screenwriter fiance David Benioff are expecting their first child together. Peet had been trying to keep the exciting news secret while she was filming the new NBC series Studio 60 on the Sunset Strip.

According to one source Amanda is already 12 weeks along.

Peet & Benioff, who have been engaged since July 2005, will be trying the knot this month in New York City.