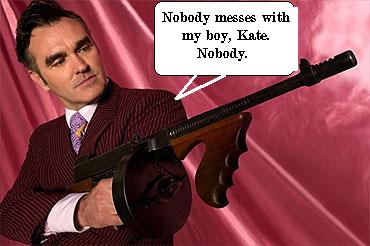 The Everyday Is Like Sunday singer states, “I think it is unfortunate that he is more associated with the media and the press and hoo-ha and the silliness than he is with music.Â  It’s a terrible trap and he’s jumped straight into it.Â  And Kate Moss has just dragged him down toÂ her level.”

Pete- look out, it’s a trap!Â  A terrible, terrible trap.Â  And Kate Moss is the bait.