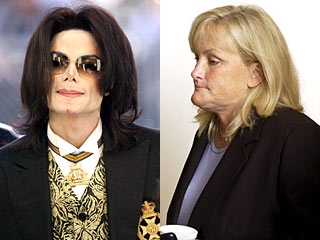 The end is finally here- no, Michael Jackson has not been banned from having or being near children, the legal battle between Jackson & ex-wife Debbie Rowe has come to a close, and MJ is paying up.

Debbie Rowe gave up visitation rights in 2001 to her children with Michael Jackson, 9-year-old Prince Michael & 8-year-old Paris.Â  But three years ago Rowe decided she wanted that right back & put up a fight.Â  Now the custody battle is finally over and it looks like the winner is Jackson.

Michael, who has been living in Bahrain since 2005, will be paying RoweÂ $750,000 a year to give up her rights to their children completely.Â  A source close to Rowe stated,Â â€œIt was hard for Debbie, but sheâ€™s broke.”

MJ’s lawyerÂ Michael Abrams said, â€œMichael is satisfied with the results, and I believe Ms. Rowe is satisfied.”

How strangeÂ to have Michael Jackson as your father, let alone your husband.Â  I just can’t imagine that.Â  Poor kids, may they find some sanity later in their lives.Â  What do you think- would you rather have been brought up by a wealthy MJ who can provide you a cushy life or would you rather have been raised by sinister hyenas in the bush?Â  I’m thinking the safer bet is on the hyenas.