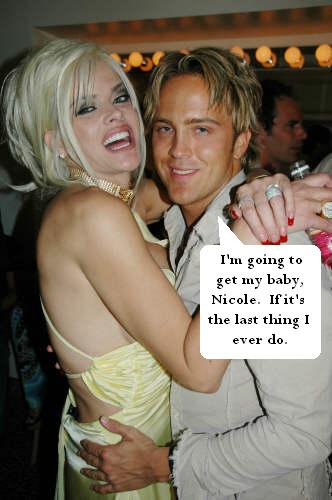 After learning that Smith’s longtime attorney & now semi-husband Howard K. Stern is also claimingÂ to be the father of AnnaÂ Nicole’s child,Â Birkhead decided to launch a paternity battle in California.

BirkheadÂ stated “There’s no doubt in my mind that I want to resolve this and that’s the only way it’s going to happen.”

Dannie Lynn Hope, or as some are reporting- Dannilynn Hope, was born September 7 in the Bahamas, just three days before Anna Nicole’s son Daniel Wayne Smith died of a lethal combination of prescription drugs.