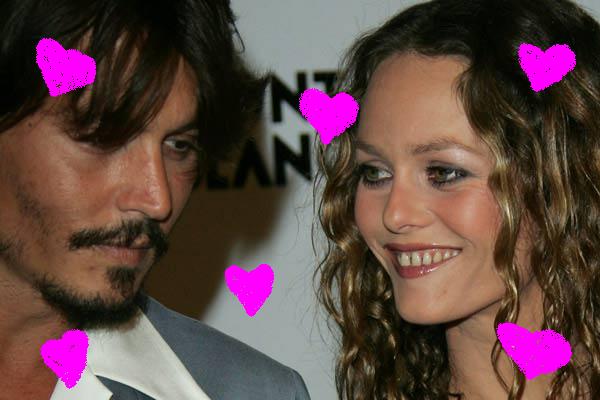 Not only is Johnny Depp getting married to his longtime girlfriend Vanessa Paradis, his is marrying his Sweeney Todd vocal coach.

The Pirates of the Caribbean actor has to pass a singing test to land a part in Tim Burton’s new film Sweeney Todd, after all the work they have done together I don’t think he’ll have a problem.Â  Do you?

The bosses of the new film have allowed Depp’s longtime love Paradis to be his singing coach so he does not have to leave his beloved southern France home to take lessons in L.A.Â  Vanessa enjoyed a pop career in the 80s and is ready for the job.

A source stated, “He is over the moon Vanessa can train him in the studio at their converted barn.”

Johnny will be playing the demonic hairdresser Sweeny Todd, who butchers his clients and uses their remains as fillings for pie.Â  Sounds very Tim Burton.

As reported earlier, Johnny Depp & Vanessa Paradis are to be married sometime in the near future, and we here at Celebrific will keep you posted on all the juicy details.