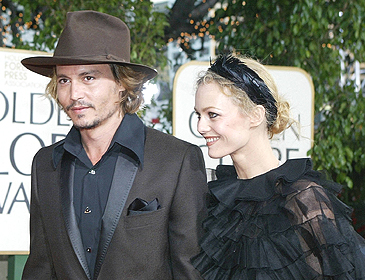 But it looks like 43-year-oldÂ Depp may indeed tie the knot with the 33-year-old beauty.Â  The couple have lived together for eight years and have two children together:Â  Lily Rose, 7 & Jack, 4.Â

The wedding is so be low-key & casual, said to take place in the village they reside, Plan de la Tour in the South of France.

A source stated, “They’ll have a low-key ceremony in their house or in one of the out-buildings in his 50-acre property.”