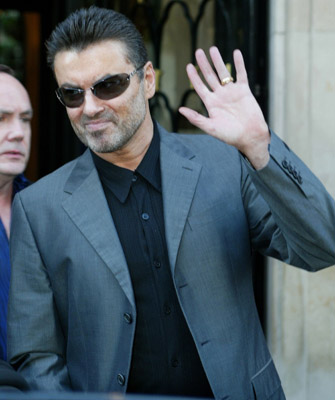 George Michael, though I barely recognize him not slumped over his car & drunk, was spotted leaving the Four Season’s Georges 5 hotel earlier today.

Michael was on his way to perform at Bercy in Paris. Looks like he is taking care of himself, as there is no spiddle coming down his face. Good job, George. Until the next incident….