.
You are here: Home / Paris Hilton Needs Her Own Category / Beware, Charlize. Beware 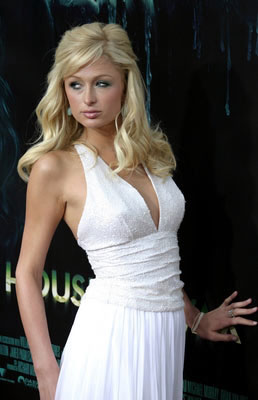 We all know Hilton, but this Theron character has apparently been in a few films and wonÂ mildÂ interest from underground critics for her work in North County, at least I think that’s the name of the movie.Â

TheronÂ is some blonde, long-legged creature skimming the surface of Hollywood for any attention or roles she can get her sticky fingers on.Â  I feel certain sheÂ probably landed that North County role by showing her crotch around town and humping everything in sight.Â  I also hear that she is not a natural blonde, but only dyes it to resemble our perfect paradigm, Paris.Â

Poor Paris, she’s just doing her thing and someone has to come around and ruin it by getting all up in her business.Â

She explains for us, “My acting coach told me I have a similar style of acting to her (Theron) so we may end up vying for the same parts.”

It’s just so sad to see our girl getting bothered by this Amazon woman.Â  Who does she think she is, trying to vie for Hilton’s roles?Â  There’s only room for one Paris in Hollywood and in my heart.Â