.
You are here: Home / Paris Hilton Needs Her Own Category / I See London, I See France- I See Paris’ Underpants!

Take some time with this pic.Â  No, don’t go to the bathroom, shut the door, grab the lube and never come out- take a look at what’s going on. 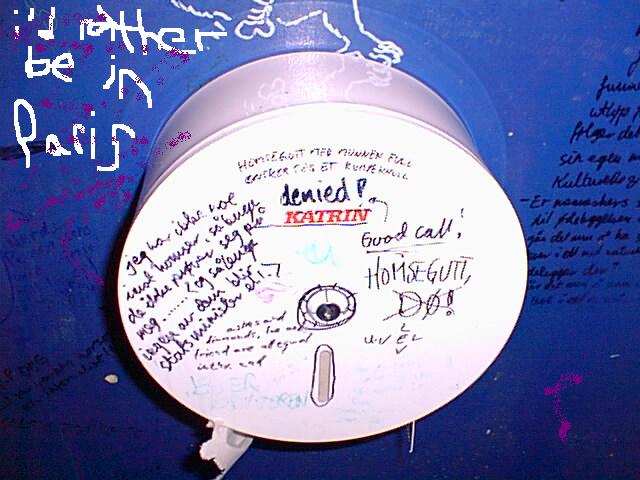 First, the obvious: the now famous and most-written-about-on-bathroom-walls open legs of Paris Hilton.Â  Almost, but not quite, boring by now. Then move your eyes downwards.Â  Is that a leg on the sofa next to her?Â  Keep going. It appears to be a young lady on her knees, holding her hair back and probably not looking for a lost contact; I believe the ladyÂ has splitÂ her cookies.Â

And then there’s the vixen herself.Â  I assume, and quite frankly hope, that the girl is drunk.Â  The oblivious laughter coming out of her plastered face as well as the lack of concern that she is not only showing the goods to those present that evening, but soon to the world- just has to make you wonder about the raising of this young chick.Â

But then there’s the “carpe diem” approach I’m sure Paris has taken to her philosophical heart.Â  She’s thinking, “I won’t be beautiful forever, I’m young now, I’ve got the goods to show, when I’m older and in charge of my Hilton empire I’ll know- I’ve done something, by god!”