.
You are here: Home / Health / We Still Need to Worry About Linday Lohan 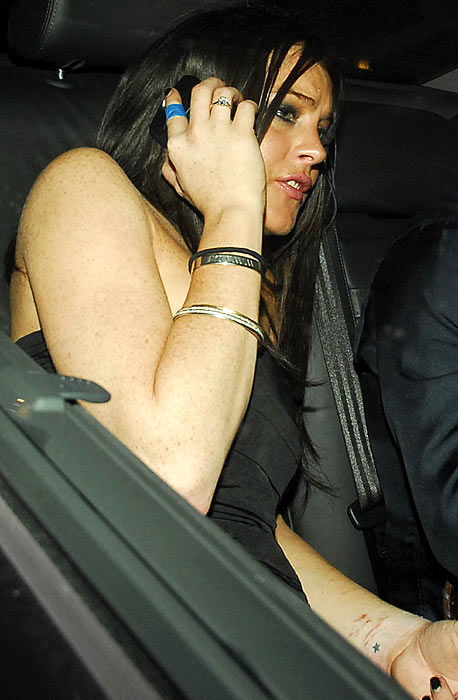 Lindsay Lohan was in London this weekend apparently shooting her latest campaign for Miu Miu.Â  But while her career is still going strong, despite partying & engagements failed, friends & family are worried about Lohan because she may be cutting herself on top of continuing on with all her crazed partying.Â  Page Six reported:

THE few friends that Lindsay Lohan has are worried. “At the rate she’s going, I would be surprised if she lived past the age of 22,” said one concerned pal. Lohan has long been addicted to clubbing and nonstop partying, but her behavior last week during the World Music Awards in London really freaked them out. During the program she was supposed to be hosting, Lohan stumbled on steps, flubbed her lines and abandoned her emcee role early in the show. Later, London’s Sun caught pictures of Lohan with cut marks on her wrist that looked self-inflicted. Her rep claimed the incisions were the result of a fall into a bush. “There is no one in her life to guide her or help her,” said the friend. “Her mother is a mess, her father is in jail and she has no authority figure, because she has paid the family bills for as long as she can remember with her acting.”

Poor LL, someone really needs to help her get a handle on life.Â  I’m sure Paris Hilton is up for the job…
Â