.
You are here: Home / Career Moves / Was it really ‘So NoTORIous’? Tori Spelling & Her VH1 Endeavor 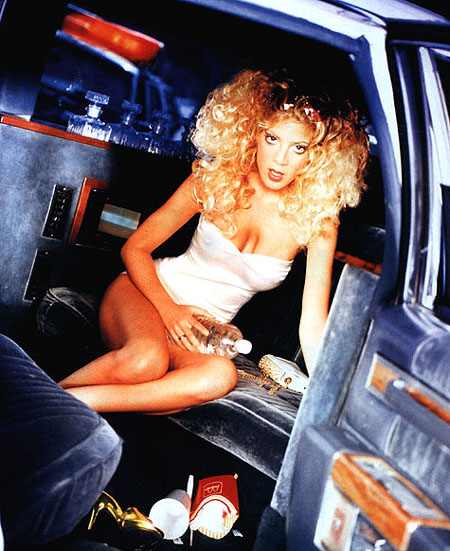 Well, there it was.Â  Sunday, VH1. Â Tori Spelling has us wondering, “Did we really peg her wrong?Â  Is she just the unwitting product of a superficial wealthy Beverly HillsÂ family that has a lot to offer the acting community?”Â  Answer is- no, not really.

Tori Spelling’s not-so-fictional sitcom ‘So NoTORIous’ aired last night to an anxious and awaiting audience.Â  Was it going to flop?Â  Was she going to release the giant boobies from hell and devour a nation with her imperfect diction?Â  Yes.Â

‘So NoTORIous’ left us all accepting that Tori is indeed the end product ofÂ spoiling-gone-bad and beyond.Â  From dressing up her pugÂ pooch Mimi La Rue in posh little outfits, being ignored by her eBay-shopaholic mother- played by Loni Anderson, to communicating with her father only by speakerphone, it’s no wonder NBC scratched the sitcom.

NBC developed the show and then rejected the monster after its creation, sending it to live with the other shut-outs at VH1 who went after it tooth-and-nail.Â

It looks like Tori is going to try and tackle Scientology on the next show, I guess it’s the next best thing for ToriÂ than tacklingÂ “religious” spokesmanÂ Tom Cruise himself.Â  Tune in next Sunday and see what antics ensue, me I’d rather push my face down a disposal full of boiled, turned okra.