Instead of a movie remake, 1983’s Flashdance is heading back to West End (UK’s Broadway, in case you didn’t know).

The musical premiered at the Theatre Royal Plymouth in July 2008 and features music by Robbie Roth and lyrics Robert Cary and Roth. The production is directed by Nikolai Foster and choreographed by Arlene Phillips.

Flashdance The Musical will begin new previews at the West End’s Shaftesbury Theatre on September 24, and will officially open on October 14.

Fans will remember the original movie’s Jennifer Beals as Alex Owens, a Pittsburgh welder and exotic dancer who dreams of winning a place at a prestigious dance school and becoming a professional ballet dancer. 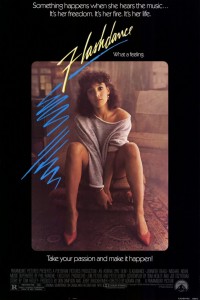 The original movie poster from 1983

The West End casting will be announced soon, so head over to the official website for updates.