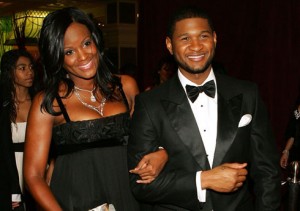 Usher and Tameka Foster Raymond are officially divorced. We heard news about Usher filing for divorce earlier this year and how Tameka was contesting the details. Last week, the court gave the final decision on the divorce – they are both officially single now!

You’d think that the partner would be the first to know that h/she was being divorced right? In the case of Usher’s wife, Tameka, she was blindsided, according to a friend. She said that the couple had been having problems for some months before Usher filed for divorce. However, Tameka merely thought that they were working they were through the snags…No comment from the crooner.