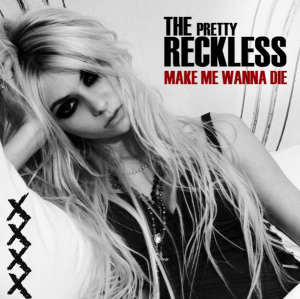 Take whiff of the new VS scent, just in time for Valentine’s Day. Their website describes it as “Wild at heart. A punk princess. Rock chick meets très chic in this rebellious riff on vivid plum, hypnotic violet and sensual vanilla, the latest addition to our glamorous Sexy Little Things fragrance collection.”

She showed off the perfume’s rock ‘n roll packaging: a bold red lacquer bottle adorned with tattoo-inspired graphics, and a removable black leatherette rosette that you can throw on as an accessory. I want one of those!