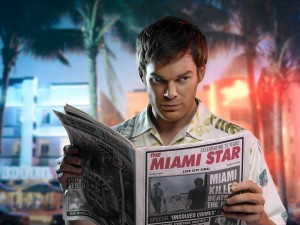 Michael C. Hall‘s fans are pleased to know that he’s getting better. The 39-year-old Dexter actor, who revealed just last January that he’s battling cancer, is on his way to recovery.

END_OF_DOCUMENT_TOKEN_TO_BE_REPLACED

The Dexter actor was all smiles at the recent Golden Globe Awards as he accepted the award for best actor in a drama. It was his first public appearance since he revealed a few days ago that he is battling cancer.

The 38-year-old revealed last week that he has been diagnosed with Hodgkin’s lymphoma, but it was discovered in a treatable and curable stage. His spokesman, Craig Bankey, said that the actor’s cancer is in remission and he will continue scheduled treatments.

Congratulations on winning the award, Michael, and we’re hoping for your speedy recovery!