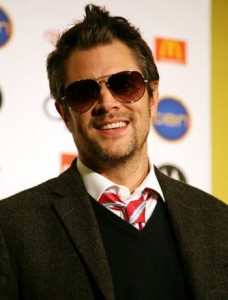 Can you imagine Johnny Knoxville as a daddy? Well in less than a year, you will not have to imagine – he and girlfriend Naomi Nelson are expecting a baby. The actor confirmed this in his blog:

“It was reported today that my girlfriend Naomi Nelson and I are having a baby and I gotta say that’s true. Woohoo!!! We have been together a few years now and felt it was time to start reproducing (if you know what I mean).”

Uhh, do we know what he means?

Knoxville & Clapp have been marriedÂ since 1995 (holy crap!Â  who could standÂ that jackass for that long?)Â & are now calling the relationship quits.Â  Apparently what ultimately didÂ the marriage in were the constant reports of infidelity on the part of theÂ jackass.Â  While filming forÂ The Dukes of Hazard, you’ll remember about those nasty rumors that he & Jessica Simpson were bumping uglies.Â  Ooo,Â now that’s just wrong.Â  Image what kind of kids those two would come out with.Â  Eww.Â Â Â

According to a source, the blame for the separation should be placed on Johnny’s head, revealing,Â “How do you live knowing that your husband leads a separate life… and is sleeping with other women all the time? She deserves every penny if she is going to divorce him.”

Knoxville &Â Clapp have a daughter together, 10-year-old Madison.

Well, besides being utterly blow out of the water that someone could stand to be with Johnny Knoxville for years & years, I’m sorry to hear that another Hollywood relationship is hitting the dust.Â  What do you think?