Remember her? She made it to the top four of last season’s American Idol. It’s been over a month since the 17-year-old released her first album, Just Like You, and she’s doing pretty well. 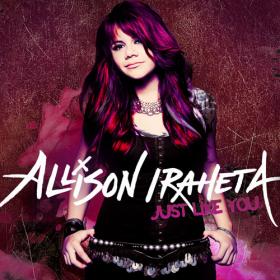 She’s polished her look since her teen grunge days at Idol. Talk about the wonders of a stylist and a Hollywood makeover! Watch her video, “Friday I’ll Be Over You,” and you’ll see what I mean.

Although she’s going for the familiar Avril Lavigne-meets-Pink sprinkled with Disney pop-rock elements, it’s Allison Iraheta’s voice that gives her the edge. Her strong, raspy vocals can stand out from your usual MTV menu. There’s absolutely no need to mask her voice with layers and synthesizers to make it sound decent. C’mon, you know every other popstar does that! To quote Paula Abdul, “If they ever do a biopic on Janis Joplin, you’ve got the role.”

Her album Just Like You features 13 pop-rock tracks that may remind you of Kelly Clarkson’s pop-rock hits, except that Allison’s songs are about the perils of being a teenager. She is 17 after all.