Tom Cruise has just now  broken his silence about his big 2012 divorce from Katie Holmes just in time for the premiere of his sci-fi movie Oblivion.

It was on the set of Oblivion where Tom heard the news, that Katie was finally divorcing him and had left their Hollywood manse with Suri.

The blockbuster actor is finally opening up about the breakup that took him away from his daughter Suri and the whirlwind circus that followed in New York where both actors where trying to gain custody of Suri Cruise.

In a new interview on German TV, the actor reveals he was blindsided when Katie filed for divorce on June 29, just five days before his 50th birthday. It was one birthday surprise he didn’t count on. “I didn’t expect it, I had an unbelievable amount of time to think about it. Life is a challenge.” says Tom. 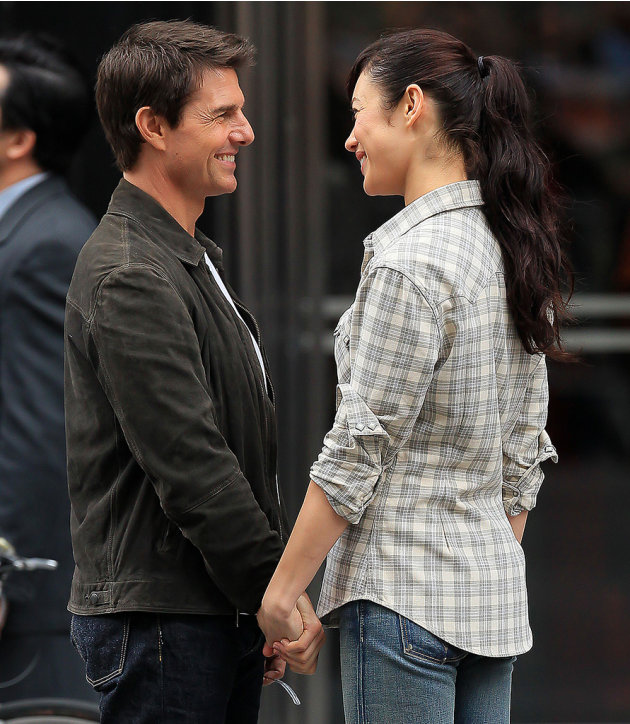 Though things have now cooled down and both parties are happy with how things turned out, Tom has this to say, “To be 50 and to have experiences and to think you have a grip on everything, and then it hits you — this is it, what life can do to you. Life is a tragicomedy. You need to have a sense of humor.”